The alleged chemical attack in the Syrian city of Douma was staged by local militants, who tried to frame it as a Syrian Army strike, a German TV correspondent, who traveled to Damascus, has said publicly, citing local witnesses.

“People told us in a very convincing manner that this whole story was staged,” Uli Gack, a reporter with the German ZDF public broadcaster, said (referring to the alleged Douma chemical attack) while he spoke live on ZDF Heute (‘Today’) show on Saturday.

Gack had traveled to Syria and visited one of the refugee camps near Damascus, where “some 20,000 people from Eastern Ghouta and particularly from Douma” were living.

The scene of the attack, which allegedly took place on April 7, was in fact the “command post” of a local Islamist group, the reporter said, citing the witnesses he was able to speak to at the refugee camp.

He went on to say that, according to the locals, the militants brought canisters containing chlorine to the area and “actually waited for the Syrian Air Force to bomb the place, which was of particular interest for them.”

As the Syrian forces eventually struck the place, which was apparently a high-priority military target, the chlorine canisters exploded. The locals also told Gack that it is not the first such provocation in Douma that was staged by the militants.

According to other witness accounts, the militants deliberately exposed people to chemical agents during what they called “training exercises” then filmed it and later presented as an “evidence” of the alleged chemical attack in Douma.

The reporter then said he could not verify the people’s statements and cannot say if they are all true but called them quite “convincing” and added that they deserve attention.

Earlier, the Russian military said that they had found a laboratory operated by militants in central Douma, which was capable of producing chemical weapons.

In particular, they found a cylinder filled with chlorine, which looks similar to the one that was shown in one of the videos of the alleged chemical attack in Douma and presented as a “chemical bomb dropped from a helicopter.”

The purported chemical incident in Douma allegedly took place on April 7. A week later, Washington and its allies launched a massive retaliatory missile strike against Syria, without even waiting for the Organization for the Prohibition of the Chemical Weapons (OPCW) to start its investigation of the incident.

Russia denounced those US-led strikes, calling them “hooliganism” in international relations and “an aggression against a sovereign state.”

In the meantime, western media embarked on a massive campaign of accusing Moscow and Damascus of “blocking” the OPCW investigators from accessing the scene of the alleged attack. Gack, however, also seemingly dismissed this narrative, saying that the delay in the OPCW team’s work may indeed have been caused by security issues.

The German reporter also pointed out that some hidden extremist cells might be still operating and carrying out attacks in the recently liberated areas, even “weeks” after they had been retaken from militants.

Gack’s report was immediately labeled as “propaganda” by some of his fellow journalists in Germany. A reporter with the German Bild daily, Bjoern Stritzel, who in particular is said to have been working undercover and actively communicating with Islamic State (IS, former ISIS) terrorists, lashed out at Gack, calling his report an “unbelievable pro-Assad propaganda on German Television.”

Last week, the Russian Deputy Foreign Minister Mikhail Bogdanov said that there are still militants in Douma who “terrorize citizens and, among other things, impede the normal work of representatives of the international community – the UN and the OPCW.” On Saturday, the OPCW eventually confirmed that its team visited one of the sites of the suspected chemical attack in Douma and collected samples for analysis. 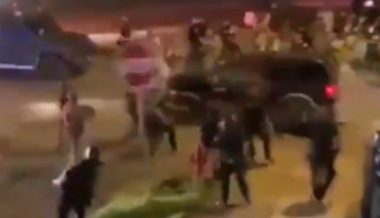