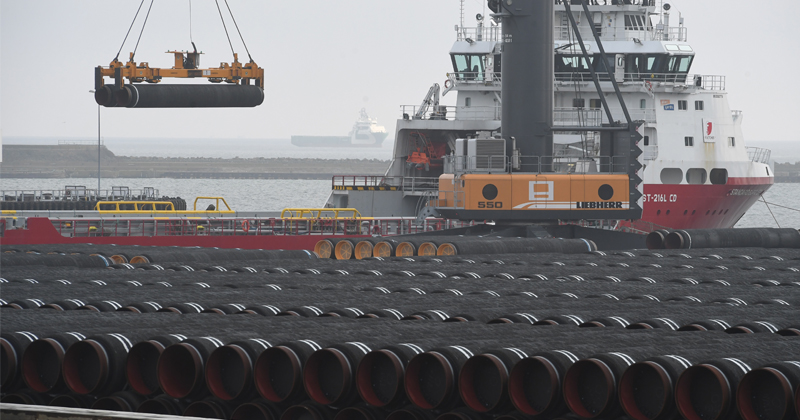 Germany’s foreign minister hinted his country is unlikely to kowtow to the sweeping US sanctions against the embattled gas pipeline project, which he called an affront to Europe’s right to choose energy suppliers on its own.

The statement by Heiko Maas was released a day after US Secretary of State Mike Pompeo sent “a clear warning” to companies contributing to the ambitious Nord Stream 2. Firms involved in the project should “get out” or face penalties under Section 232 of the notorious Countering America’s Adversaries Through Sanctions Act (CAATSA).

Invoking similar rhetoric of top-tier German politicians, the foreign minister exclaimed: “By announcing measures that will also sanction European companies, the US government is disregarding the right and sovereignty of Europe to decide where and how we source our energy.”

BIG European energy policy is done in Europe and not in Washington. We clearly reject extraterritorial sanctions.

Maas pointed out the US was “wrong” to slap sanctions on a partner. Berlin has repeatedly raised the issue with Washington in recent weeks, but its grievances have apparently fallen on deaf ears.

The Nord Stream 2 project, meant to become a bulwark for Russian gas supplies to Europe, came to a standstill at the end of 2019. At the time, the Swiss-Dutch pipelaying firm Allseas withdrew its vessels from the area citing the threat of similar US sanctions and forcing Russia to finish the last remaining stretch of the pipeline on its own.

Notably, Nord Stream 2 isn’t the only economic eyesore for the US in Europe. Chinese tech giant Huawei has recently been expelled from developing the ultra-fast 5G mobile network in the UK. London made the decision despite warnings from Britain’s own telecoms firms that replacing Huawei gear would take years and could result in security breaches and outages.

Germany seems to be taking a more stubborn stance in the face of US pressure. This week, the country’s Eastern Business Association urged the EU to respond to this “attempted extortion.”

As chairman of the association Oliver Hermes put it, the US is “trampling on free and fair competition” – hence, the European Commission “must fend off all attacks on its sovereignty from the outside and quickly present a tough array of [counter]measures.”