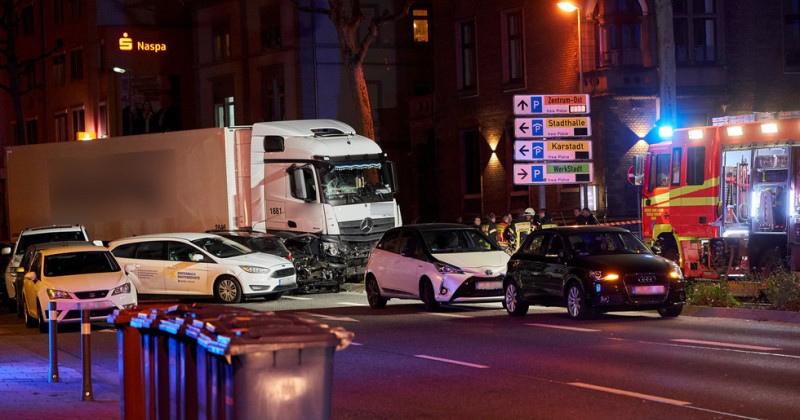 A Syrian migrant shouting in Arabic about Allah ploughed a truck into traffic in the German city of Limburg, injuring 9 people in an incident being treated as a terrorist attack.

The suspect dragged the driver of a white Mercedes truck from his vehicle before accelerating into other cars at a traffic light.

It’s a miracle that the man didn’t choose to plough into pedestrians, which would have undoubtedly caused more fatalities.

The fact that the assailant was a Syrian migrant will lead to more criticism for Angela Merkel over her policy of opening Germany’s borders in 2015 to around 2 million “refugees,” many of them from Syria.

The deadlier 2016 truck attack at a Christmas market in Berlin, which killed 12 people and injured 56 others, was carried out by a failed Tunisian asylum seeker.

Last week, a knifeman who had converted to Islam and been radicalized by ISIS propaganda killed 4 people in a terrorist attack on a police station in Paris, France.

Alex Jones is live discussing the ongoing terrorism crisis across the globe and more.