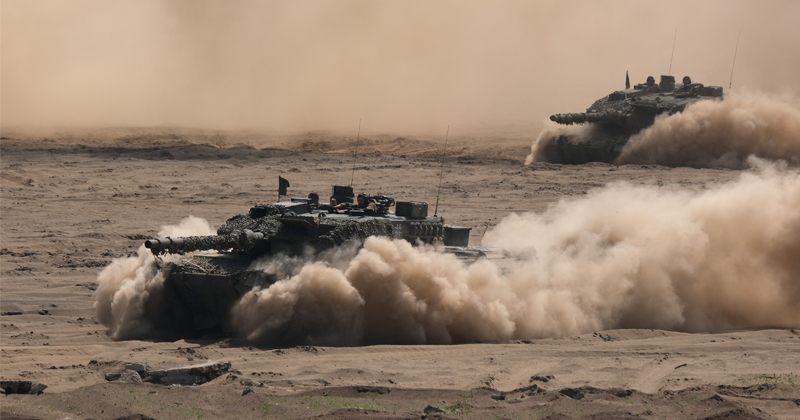 Berlin has systematically broken EU guidelines by selling weapons to bad actors across the globe, a new study says. It alleges that German-made arms and military hardware have led to more violence on the ground.

Over the years, Germany has been selling both weapons and munitions to “countries affected by war and crisis, to countries with human rights violations and to regions of tension,” a new study by the Peace Research Institute Frankfurt (PRIF) says.

According to the EU criteria, the recipient of arms must respect human rights and international law, as well as maintain peace and stability in the region. However, since 1990, Germany has repeatedly struck deals with nations with a poor human rights record, such as Algeria, Egypt, and Indonesia, oftentimes selling off old Bundeswehr hardware, PRIF notes. In many instances, the equipment ended up in war zones, as happened in Indonesia, where German-made ships were spotted transporting soldiers during an insurgency in Indonesia’s Aceh region.

Germany’s arms exports help to fuel the flow of weapons and increase the risks of existing conflicts escalating, leading to [more] violence.

The research raises particular alarm over Berlin’s long history of supplying military technology to Saudi Arabia and Turkey. In 2019, German-made Leopard 2A4 main battle tanks were used in Ankara’s invasion of Syria, and Riyadh has been waging a bloody air war in Yemen since 2015.

Despite mounting reports of mass civilian casualties on the ground, the German government has approved arms sales worth €1.5 billion ($1.7 billion) to Saudi Arabia since its bombing campaign began, the study said. It noted that even the UK-supplied Tornado and Eurofighter Typhoon that carry out air strikes on Yemeni cities “contain parts produced in Germany.”

Global humanitarian groups such as Human Rights Watch have long urged Germany to stop selling arms to Saudi Arabia, while some politicians from the opposition parties have pressed the government to halt the implementation of the deal with Turkey. Berlin ultimately responded to the outcry by suspending arms exports to Riyadh and Ankara in 2018 and 2019 respectively.

The measure is not enough, however, the study says, pointing out that “the moratorium on [arms] export has loopholes and is limited in time.”

When America fully realizes that there’s a Globalist-Satanic spiritual attack on everything they stand for, there will be change.