Photos of pissed-off NFL fans are virtually non-existent from professional photo agencies, which indicates the mainstream media is downplaying President Trump’s success in his war against the NFL.

Getty Images, which overall is a good subscription service for news sites, has very few photos of fans upset when their team kneeled during the national anthem at a NFL game, but in contrast there’s plenty of photos of anti-Trump fans available.

This is a big deal because major news outlets are dependent on Getty and similar agencies for photos when reporting news.

Here’s a search for the most recent Getty photos of NFL fans: 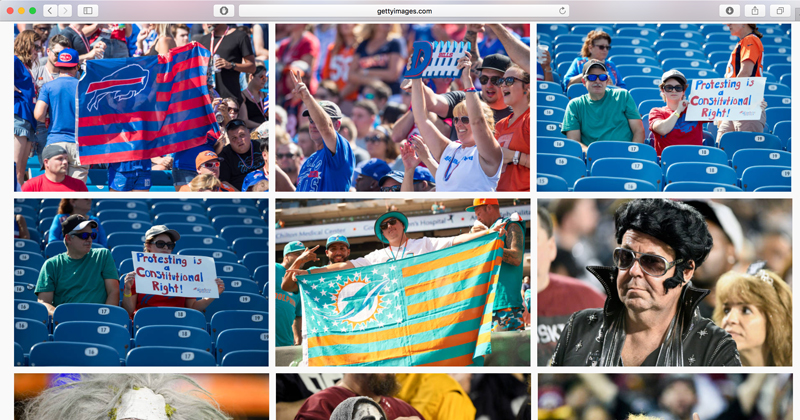 But it’s not like their photojournalists lacked the opportunity, given how Arizona Cardinals fans loudly booed when the Dallas Cowboys took a knee, as filmed by the AP, ironically enough:

Okay, so then where’s the professional photos of these booing Cardinals fans? Why are the top results showing female fans who hate Trump? 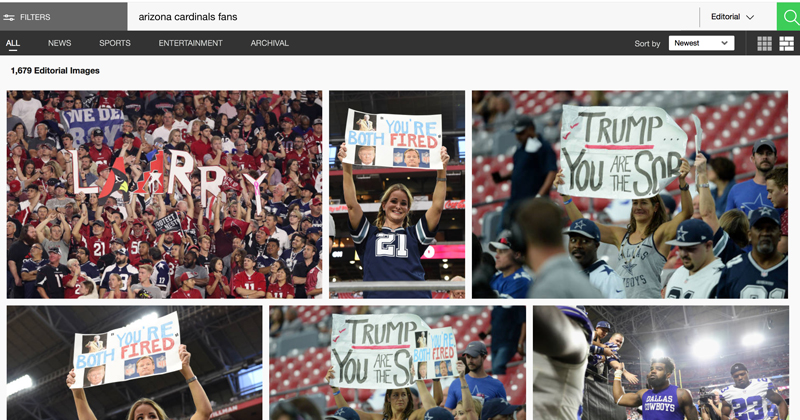 And the problem isn’t just limited to Getty, apparently. A quick Google Images search for ‘NFL fans’ uploaded over the past week reveals plenty of photos of players kneeling, but few of outraged fans. 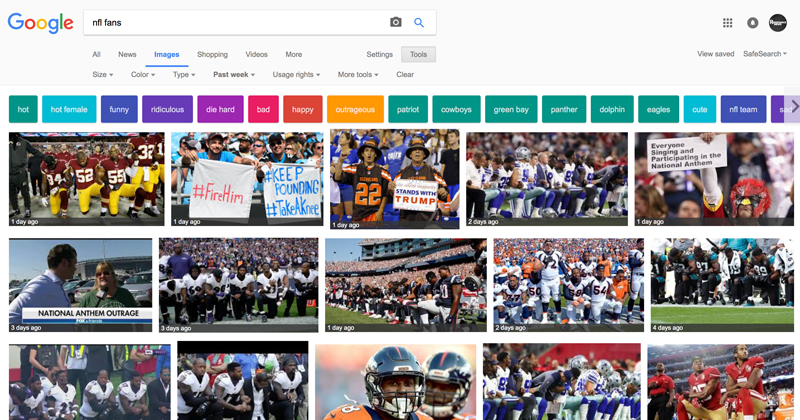 It seems that Breitbart found one of the few pro-Trump photos made available by AP Photos: 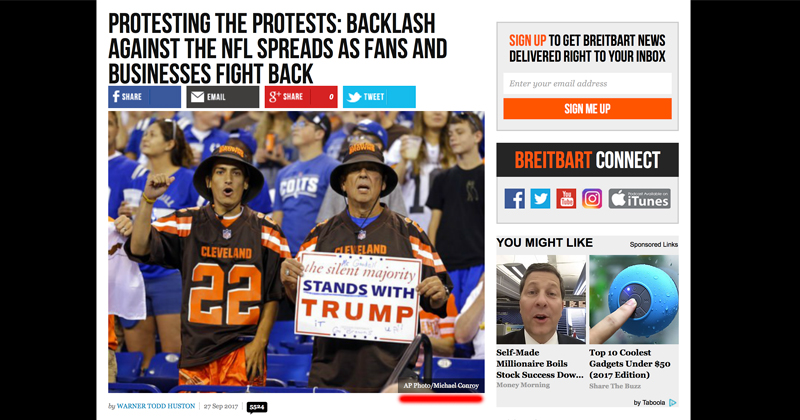 It took me some digging, but I found this other rare photo released by Reuters: 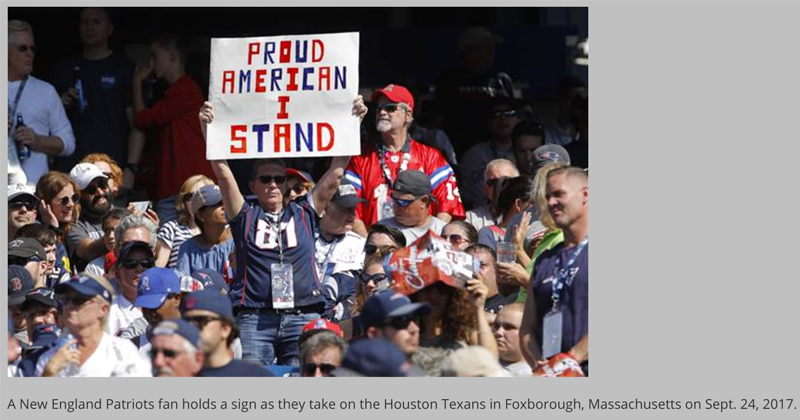 But for the most part, if you want photos of pissed off fans, you have to use grainy, smartphone photos taken by the fans themselves: 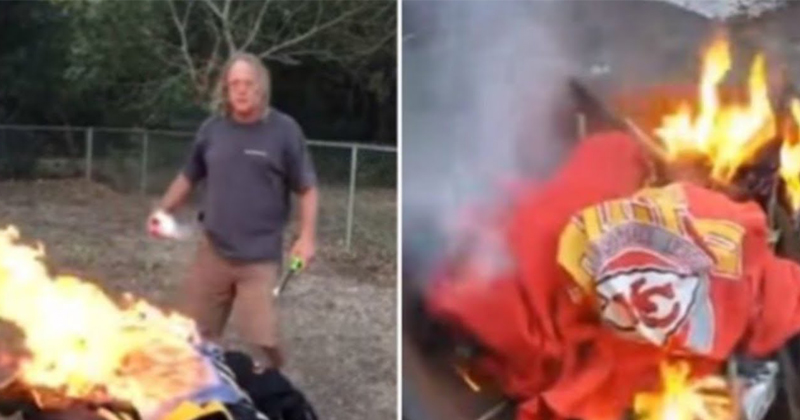 On a related note, the NFL’s TV partners left out crowd shots of angry fans during live coverage of the national anthem before last weekend’s games.

“The audio mics picked up the boos, yet the TV networks mostly avoided crowd shots Sunday, so there was never a chance for viewers to see fans jeering players,” reported SportingNews.com. “One behind-the-scenes TV staffer at another stadium told Sporting News that camera operators were ordered to avoid crowd shots in case they showed fans counterprotesting the protests.”

“…By covering one of the most significant days in NFL history with rose-colored glasses, the networks cheated viewers.”