The Spanish government has reasserted claims over the territory of Gibraltar in an effort to gain leverage over the United Kingdom in Brexit negotiations, prompting the territory’s government to suggest the EU is acting like a “cuckolded husband.”

Gibraltar’s chief minister, Fabian Picardo, lashed out at European Union Council President Donald Tusk for proposing that Spain be given veto power over future relations between the territory and the EU after Brexit.

“Mr Tusk, who has been given to using the analogies of the divorce and divorce petition, is behaving like a cuckolded husband who is taking it out on the children,” Picardo told Reuters in an interview. “This is clear Spanish bullying.”

While a majority of the territory’s residents voted to remain in the EU, they have regularly expressed overwhelming support for remaining under British rule as opposed to rule by the Spanish government.

“The way that the European Council has behaved in allowing Spain to single out Gibraltar in this negative way is really quite pernicious.”

When the references to Gibraltar and Spain became public, British Prime Minister Theresa May issued a statement noting the UK was “steadfast” in its commitment to defend the territory’s sovereignty.

“The Prime Minister said we will never enter into arrangements under which the people of Gibraltar would pass under the sovereignty of another state against their freely and democratically expressed wishes, nor will we ever ­enter into a process of sovereignty ­negotiations with which Gibraltar is not content,” the Prime Minister’s office said in a statement.

Former Conservative Leader Michael Howard suggested Prime Minister May is prepared to go to war to defend Gibraltar, just as former Prime Minister Margaret Thatcher went to war with Argentina in 1982 over a territorial dispute involving the Falkland Islands.

“Thirty-five years ago this week, another woman PM sent a task force halfway across the world to defend the freedom of another small group of British people against another Spanish-speaking country,” Howard told Sky News. “I’m absolutely certain that our current prime minister would show the same resolve in standing by the people of Gibraltar.”

Michael Fallon, the British Defense Secretary, echoed Howard’s comments, suggesting the British government is prepared to go “all the way” to protect Gibraltar.

“The U.K. goes to war over the principle of consent around the world and the people of Gibraltar have expressed their views to what they think the sovereignty of Gibraltar should be, democratically and freely,” Picardo noted during an interview with Sky News.

Gibraltar was ceded to the United Kingdom “in perpetuity” under the terms of the 1713 Treaty of Utrecht, which signaled the end of the War of the Spanish Succession. In a 2002 referendum, Gibraltarians rejected a proposal for joint British-Spanish sovereignty by a 98 percent margin. 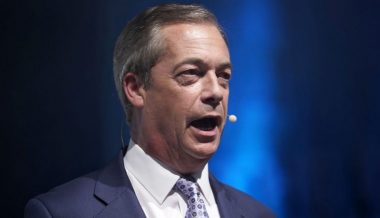 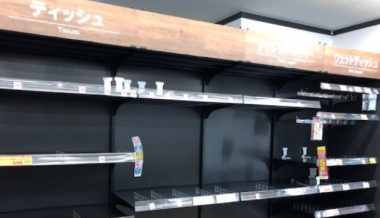