Gibson Guitars has agreed to pay off the federal government in order to settle a wood dispute that had feds knocking down the guitar factory’s doors.

After being raided twice by “agents carrying weapons and attired in SWAT gear,” once in 2009 and again in 2011, the guitar manufacturer and the U.S. Department of Justice went into negotiations and have finally reached a settlement.

Gibson, located in Nashville Tennessee, was facing heat for the woods used in their guitar fingerboards. The Madagascar ebony wood Gibson used was the main subject of contention.

According to DOJ documents, “Between June 20, 2008, and November 17, 2009, Gibson did not ask for or obtain paperwork or official assurances from officials in Madagascar that the wood it was purchasing from Madagascar through its German supplier was legally harvested and exported from Madagascar…”

The guitar manufacturer caved in to paying a $300,000 “monetary penalty to the United States.” In addition they have been made to pay a “community service payment” of $50,000 to the National Fish and Wildlife Foundation.

The New York Times states that Gibson also “agreed to withdraw a suit seeking to recover about $261,000 worth of ebony and rosewood that was seized during the investigation,” but that the government ultimately agreed to return Indian fingerboard blanks and allow future Indian imports.

The legislation feds exploited to raid Gibson was an amendment added to the 2008 farm bill – an amendment known as the Lacey Act – which “among other things, makes it unlawful, beginning December 15, 2008, to import certain plants and plant products without an import declaration.”

Apparently, the DOJ’s case hinged on a semantic. Guitar “fingerboards” are listed by the Madagascar Ministry of the Environment, Water, and Forests as “finished products;” however, fingerboard “blanks” are “considered “unfinished” and, therefore, considered illegal to export.”

Regardless of the devious legalities employed, the bottom line is Gibson has been held ransom for conducting, what they believed, was business as usual.

In a press release published on Gibson’s website Monday, CEO Henry E. Juszkiewicz maintained that his company was unjustly targeted and essentially held at gunpoint by threats “that would have forced the business to close.” At one point Juszkiewicz was even told by court ruling that he should move his company to Madagascar.

Regarding their concession, Juszkiewicz stated, “We felt compelled to settle as the costs of proving our case at trial would have cost millions of dollars and taken a very long time to resolve. This allows us to get back to the business of making guitars. An important part of the settlement is that we are getting back the materials seized in a second armed raid on our factories and we have formal acknowledgement that we can continue to source rosewood and ebony fingerboards from India, as we have done for many decades.” 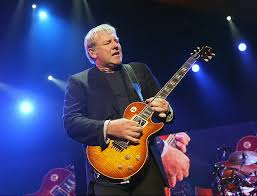 Gibson’s FAQ page addressed concerns musicians had regarding legal paperwork required stating conformity to the Lacey Act: “Q: Will Gibson provide paperwork declaring the wood origins (per Lacey Act) for Customs if I take this new guitar out of the country? A: No. There is no known official form for a manufacturer to provide to a customer.”

The Lacey Act squarely put Gibson in the DOJ’s crosshairs, but for some reason Gibson has been the only guitar company targeted by feds.

Having paid off the federally-funded mafia group, the guitar company can finally cease litigation and concentrate on their main priority: making guitars.