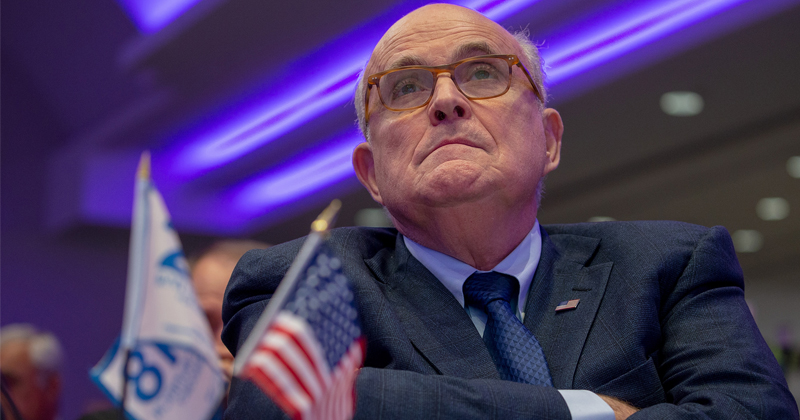 Giuliani made the comments on Sunday after he was asked on Fox & Friends whether he was “open to the idea” that the emails stolen from Hillary Clinton’s staffers “may have been accepted” by her rivals in the team of then-candidate Donald Trump.

In 2016, unidentified hackers gained access to the personal Gmail account of John Podesta, who led Clinton’s presidential campaign. WikiLeaks subsequently obtained a cache of emails extracted from the account and published it weeks before Election Day. This sparked widespread outrage within the Democratic Party.

WikiLeaks has never revealed the source of the hacked emails, saying only that it was not Russia and it was “not a state party.”

Giuliani, who is Trump’s attorney and long-time friend, acknowledged that the hack itself was a crime and those responsible for it should “go to jail.” Nevertheless, he defended Assange’s decision to publish the emails.

“No press person or person disseminating that for the purpose of informing did anything wrong.”

The former mayor of New York also pointed out that the US mainstream media chose to publish the Pentagon Papers – classified documents on the Vietnam War which were leaked to the press – and information on the abuse of detainees by US troops in Abu Ghraib, Iraq in the 2000s.

Once media outlets obtain leaked information, they “can publish it for the purpose of informing people,” and the same applies to Assange, he said.

“You can’t put Assange in a different position. We may not like what he communicates, but he was a media facility. He was putting that information out. Every newspaper [and] station grabbed it and published it.”

Over the years, WikiLeaks, under Assange’s leadership, published several high-profile leaks of classified materials, including internal documents relating to the US war in Iraq and Afghanistan, as well as American diplomatic cables. He was granted political asylum by Ecuador and since 2012 has been living the South American nation’s embassy in London.

In 2010, Sweden issued an international arrest warrant for Assange over allegations of sexual assault and rape. He denied the allegations and they were later dropped.

Assange is still wanted in Britain for skipping bail. He refuses to leave the Ecuadorian Embassy out of fear of being extradited to the US and prosecuted there for revealing government secrets.