Glenn Beck appeared on Tucker Carlson’s first prime time show Monday defending his business and statements he made earlier during the presidential race regarding his favorite pick Ted Cruz.

“I never said he was anointed by God to be president of the United States,” Beck told Carlson, referring to Cruz.

“So, I appreciate what you said but it’s not exactly what it meant.”

Carlson then asked Beck if Trump’s win shook his “faith.”

Of course, Beck replied, “No,” while shaking his head back and forth.

“I think that all of us are called by God to do certain things and sometimes those things mean just take a stand. It doesn’t mean what you think is going to work out is worked out. You’re called for this time. I happen to believe that all of us were called at this time to take a stand in the republic and do the right thing.”

“I can’t speak for God,” but “we are living in critical times,” Beck explained.

“Half of the nation is freaking out that Donald Trump is the president.”


While Beck admits that he is “excited to see” what type of president Trump will make and is giving the president-elect the benefit of the doubt for now, he still seems somewhat bitter over his endorsed player’s loss.

When asked if his political views have recently changed, Beck replied,” No.”

“I am a libertarian. I have always been about principles.”

On the subject of Hillary Clinton, Beck said she lost the election “because she was a horrible dishonest candidate […] she was the all-time worst candidate of all-time.”

Moving along, Tucker Carlson told Beck he was “the single most talented anchor” on cable TV “eight or nine years ago,” but said ever since he left cable his path seemingly has become “much rockier [with] business problems and you had a bunch of well-publicized lawsuits etc..”

Having “no regrets,” Beck replied that he would love to have Carlson’s “platform” so that he could reach that many people in “one sitting,” but assured Carlson that he was “betting on the future” which “is all on the Internet.”

Beck said he employs “245” people and that despite “rumors,” his business has “changed direction,” claiming the company was previously “poorly run.”

“This business does not make me happy, but I like interacting with the people” and I “try to be a good example.”

“I have learned a lot over the last five years.”

However, Beck told Carlson he would not “wish the fame” of the business on his worst enemy.

“The minute you begin to want fame, you begin making packs with the devil,” said Beck.

Shepard Ambellas is an opinion journalist and the founder and editor-in-chief of Intellihub News & Politics (Intellihub.com). Shepard is also known for producing Shade: The Motion Picture (2013) and appearing on Travel Channel’s America Declassified (2013). Read more from Shep’s World. Get the Podcast. Follow Shep on Facebook and Twitter. 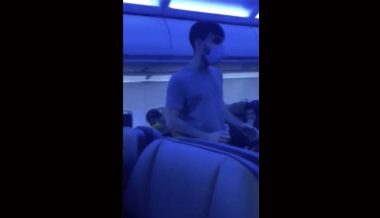