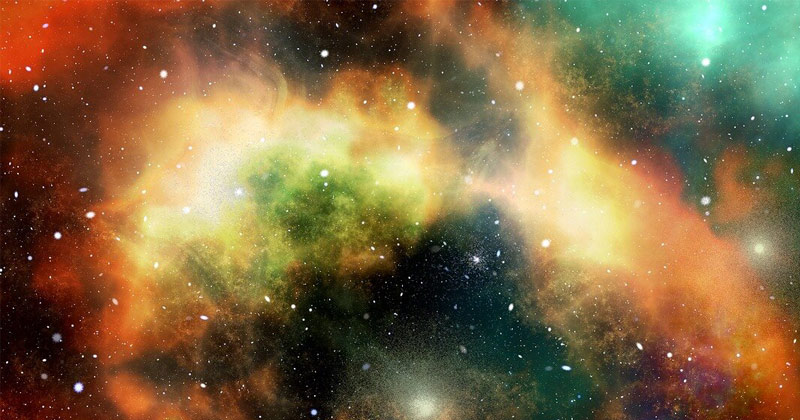 Neutron stars are not only the most dense objects in the Universe, but they rotate very fast and regularly. Until they don’t.

Occasionally these neutron stars start to spin faster, caused by portions of the inside of the star moving outwards. It’s called a “glitch” and it provides astronomers a brief insight into what lies within these mysterious objects.

In a paper published today in the journal, Nature Astronomy, a team from Monash University, the ARC Centre of Excellence for Gravitational Wave Discovery (OzGrav), McGill University in Canada, and the University of Tasmania, studied the Vela Pulsar, a neutron star in the southern sky, that is 1,000 light years away.

According to the paper’s first author, Dr. Greg Ashton, from the Monash School of Physics and Astronomy, and a member of OzGrav, Vela is famous—not only because only 5% of pulsars are known to glitch but also because Vela “glitches” about once every three years, making it a favourite of “glitch hunters” like Dr. Ashton and his colleague, Dr. Paul Lasky, also from Monash and OzGrav.

By reanalysing data from observations of the Vela glitch in 2016 taken by co-author Dr. Jim Palfreyman from the University of Tasmania, Dr. Ashton and his team found that during the glitch the star actually started spinning even faster, before relaxing down to a final state.

According to Dr. Lasky, an ARC Future Fellow also from the Monash School of Physics and Astronomy, and a member of OzGrav this observation (done at the Mount Pleasant Observatory in Tasmania) is particularly important because, for the first time, the scientists got a glimpse into the interior of the star—revealing that the inside of the star actually has three different components.

“One of these components, a soup of superfluid neutrons in the inner layer of the crust, moves outwards first and hits the rigid outer crust of the star causing it to spin up,” Dr. Lasky said.

“But then, a second soup of superfluid that moves in the core catches up to the first causing the spin of the star to slow back down.

This overshoot has been predicted a couple of times in the literature, but this is the first real time it’s been identified in observations,” he said.

One such prediction of the overshoot came from study co-author Dr. Vanessa Graber from McGill University, who visited the Monash team as an OzGrav international visitor earlier this year.

Another observation, according to Dr. Ashton, defies explanation.

“Immediately before the glitch, we noticed that the star seems to slow down its rotation rate before spinning back up,” Dr. Ashton said.

“We actually have no idea why this is, and it’s the first time it’s ever been seen.

“It could be related to the cause of the glitch, but we’re honestly not sure,” he said adding that he suspects this new paper to inspire some new theories on neutron stars and glitches.