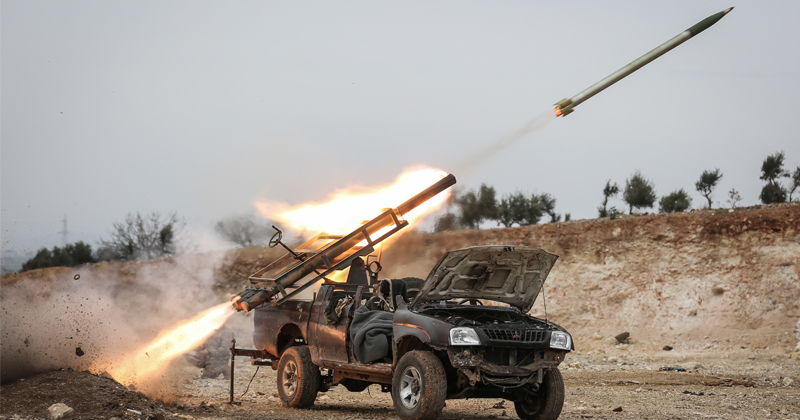 According to a new report by the International Institute for Strategic Studies (IISS), military spending worldwide increased by 4% last year – the largest increase in a decade.

According to the London-based think tank, the upswell is driven primarily by increased military competition by the US with Russia and China.

Worldwide in 2019, spending on military budgets swelled to levels unseen in a decade, increasing by 4% over 2018 levels. The statistics compiled by the IISS represent both weapons procurements and research and development investments.

The report notes that none of the top 15 defense spenders have changed since last year, though there were some slight changes of order. The US continues to dominate, spending more than the next 11 countries on the list combined, and four times as much as the second-highest spender: China.

US and Chinese military budgets both increased by 6.6% last year, to $684.6 billion and $181.1 billion, respectively. The US increase alone was more than the United Kingdom’s entire defense budget, AFP noted.

However, other budgets increased too, with Europe – excluding Russia – collectively spending 4.2% more than in 2018, returning them to their spending levels prior to the 2008 financial crash, which caused sharp contractions in state budgets around the globe.

Russia spent $61 billion on military needs last year, although Defense News noted that since Moscow buys from Russian defense companies in rubles, the true number when accounting for purchasing power parity is closer to $150 billion. However, even this inflated amount is just 21% of what the US spends.

The hike in spending, especially in defense research, reflects the changing priorities of Washington, which in early 2018 announced a shift in its National Defense Strategy from the small-scale counterterror operations around the globe toward “inter-state strategic competition” with Russia and China. China’s budget has also swelled, following a decadeslong plan to catch up to, match and surpass the technologically superior American military.

Investment in diverse new fields, from artificial intelligence to hypersonic missiles, stealth technology, space weaponry and good old fashioned fleet expansion – as well as countermeasures to all of these – have all helped push the money dial upward.

Washington’s destruction of the Intermediate-Range Nuclear Forces (INF) Treaty in early 2019 has paved the way for a new generation of missile development. The 1987 treaty banned land-based missiles with ranges between 500 and 5,500 kilometers, which at the time were feared for their ability to deliver nuclear weapons so quickly as to make an accidental war more likely.