Australian Prime Minister Tony Abbott on Wednesday became the latest elected leader to use the plight of refugees in building a rhetorical case for military escalation towards Syria, despite numerous calls for wealthy nations to extend refuge—not bombs—as the humanitarian crisis worsens.

Speaking in the Australian capital of Canberra on Wednesday, Abbott coupled an announcement that the country will admit an additional 12,000 people fleeing conflict in the Middle East with the declaration that the nation will extend its military actions beyond Iraq by joining in the bombing campaign in eastern Syria this week. The move comes despite questions over the Abbott administration’s legal footing for the air strikes.

Meanwhile, British Prime Minister David Cameron is also calling for a “hard military force” to remove President Bashar al Assad in Syria. “Assad has to go, [ISIS] has to go and some of that will require not just spending money, not just aid, not just diplomacy, but it will on occasion require hard military force,” he declared Wednesday.

Cameron’s comment comes despite the fact that he lost a parliamentary vote in August 2013 for approval to launch air strikes at the Assad regime. Moreover, the statement follows rising concerns over the country’s recent drone assassination of its own citizens,secret participation of its pilots in air strikes within Syria, and bombing of targets within Iraq.

“David Cameron is determined to go to war, and he refuses to let democratic formalities stand in his way,” the UK-based Stop the War Coalition declared earlier this week. “His government is even exploiting the refugee crisis, which is the product of US and UK military intervention, in order to force Britain into yet another savage bombing campaign. UK bombing of Syria would only increase the refugee crisis.”

In France on Monday, President François Hollande announced that the country will take in 24,000 refugees—and begin conducting surveillance flights over ISIS positions in Syria, beginning this week. France, which has been participating in the U.S.-led bombing campaign of targets in Iraq since September 2014, is currently weighing whether to directly participate in air strikes on Syria, the president stated.

Speaking to the uptick in military fervor among some politicians, Jens Stoltenberg, secretary-general of North Atlantic Treaty Organization, recently declared in a Facebook question-and-answer exchange that leaders are considering intensified military efforts “to help deal with the root causes.”

Many, however, have argued that Western invasion, occupation, and military escalation arekey root causes of the war and conflict forcing people to flee their homes.

In an article recently published by Fairness and Accuracy in Reporting, journalist Adam Johnson warned against false military solutions, including those led by the United States. “The U.S. funded, armed and fueled the very crisis its partisan media are now calling for it to swoop and in save,” wrote Johnson. “The moral ADD required by those pushing further US involvement in the Syrian civil war in the face of this fact is severe.”

Moreover, the escalation comes amid lagging humanitarian response, as The Intercept‘s Murtaza Hussain pointed out on Twitter:

We will gladly bomb your country for humanitarian purposes but you are unwelcome to come fleeing over here with your family.

This week’s chorus is not limited to Australia and Europe, however. Canadian Prime Minister Stephen Harper, whose government has been participating in air strikes within both Syria and Iraq, said earlier this week that the refugee crisis builds the case for further military action. His declaration was coupled with a call for more stringent screening of refugees. “We cannot open the floodgates and airlift tens of thousands of refugees out of a terrorist war zone without proper process. That is too great a risk for Canada.” 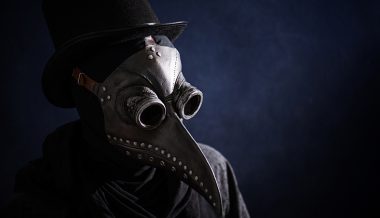