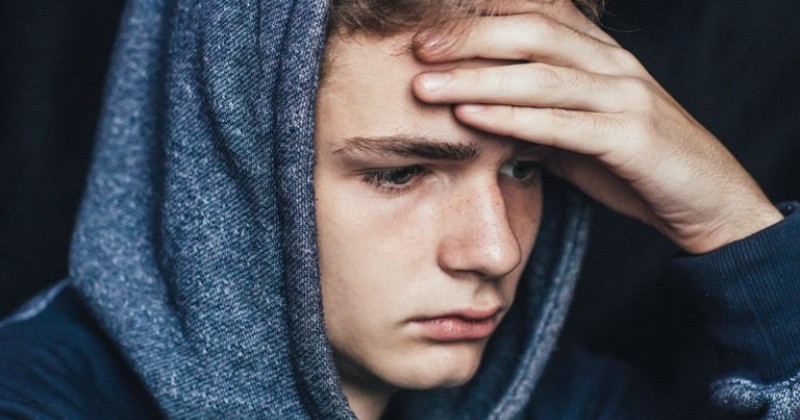 A new global survey by the OECD of 15-year-olds across the world found that young people in the UK are ranked second to last in the “meaning of life” index.

The survey also found that teens in the UK, out of 79 different countries, are least likely to agree with the phrase “my life has clear meaning or purpose.”

Given that the UK is a technologically developed country with a strong economy, good levels of literacy and education and a supposedly distinct culture, why do so many teenagers have such low life satisfaction?

It’s extremely noteworthy that the countries where teens report feeling a strong sense of purpose in their lives are economically poor but strong when it comes to religion – namely Albania and Panama.

According to Freddie Sayers, the Executive Editor of UnHerd, the fact that the results suggest religion makes people content means the whole subject is a “less appetising subject for liberal-minded debate.”

“The top of the OECD rankings are filled with more religious countries, and the UK is now one of the most secular countries in the world,” writes Sayers.

Sayers also suggests that a lack of identity due to mass immigration could also be a factor.

“It seems fair to speculate that their famously strong national, regional and local cultures (Switzerland and Austria) play a part in giving their children a strong sense of place as they grow into adulthood, writes Sayers, adding, “The OECD report actually singles out the UK as a country in which “students with an immigrant background were much more likely to report a greater sense of meaning in life than their native-born counterparts.”

Sayers also highlights social media addiction and weak family values as factors that serve to drain youngsters of a sense of meaning in their lives.

The results highlight how young people in already secular countries that are becoming more secular appear to be getting more depressed.

As we previously highlighted, another poll revealed that a staggering 89 per cent of young people aged 18-29 in the UK feel their lives are meaningless and without purpose.

30 per cent of youngsters complain about being “stuck in a rut,” while 84 per cent say they are failing to “live their best life.”