How to explain record cold temperatures? Well, global warming has “paused,” according to warmist scientists. 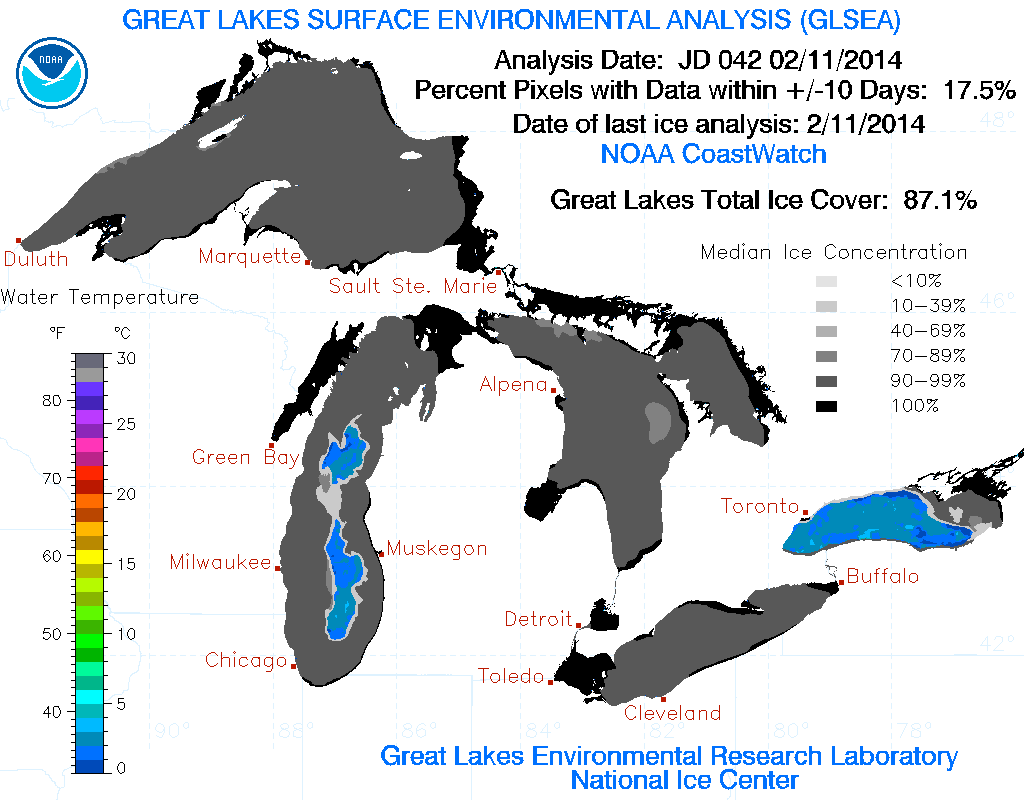 They cite a study published in the Nature Climate Change journal. It says increased trade winds in the central and eastern areas of the Pacific have forced warm surface water deep within the ocean and that has reduced the amount of heat released into the atmosphere.

The warming pause was taken up by the United Nations’ Intergovernmental Panel on Climate Change (IPCC). It declared in its 2013 climate report that the Earth is going through a solar minimum and the oceans are sucking up most of the heat.

Not to worry, though. “This hiatus could persist for much of the present decade if the trade wind trends continue, however rapid warming is expected to resume once the anomalous wind trends abate,” the Nature Climate Change report states.

Here’s another anomaly. For the first times in decades, Lake Superior, the largest body of fresh water in the world, is predicted to freeze over this winter. A sheet of ice will form over the surface of the three-quadrillion-gallon lake. The mean thickness of the ice, reports the National Oceanographic and Atmospheric Administration, will be over 10 inches.

According to Jay Austin, associate professor at the Large Lakes Observatory in Duluth, Minnesota, the ice will produce an “air conditioning” effect this summer. “Typically, the lake will start warming up in late June, but it will be August before we see that this year,” Austin told CNSNews.com.

In September, there was a 29 percent increase in the amount of ocean covered with ice over the previous year. An unbroken ice sheet more than half the size of Europe stretched from the Canadian islands to the north shores of Russia, The Telegraph reported. The Northwest Passage, the route through the Canadian Arctic Archipelago that links the Atlantic and Pacific oceans, was clogged with ice all last year.

And then somebody at the IPCC leaked a report last year that had scientists reversing their convictions on global warming. Some now believe we’re in for a period of global cooling, not warming.

For now, it looks like civilization will not have to be dismantled to save us from the threat of “human-induced” global warming. Instead, civilization will benefit from more efficient ways to keep humans warm as the “hiatus” continues.