Rep. Ed Markey (D-Mass.) will seek to further restore the public credibility of climate science this Thursday by hosting several top American researchers in an explanatory hearing that, his office promises, “will address the claims of deniers head-on.”

The Select Committee on Energy Independence and Global Warming hearing follows news yesterday that the InterAcademy Council, an alliance of many of the world’s science academies, had chosen its panel to review the methods of the U.N.’s Intergovernmental Panel on Climate Change (IPCC). Flaws and typos revealed in the IPCC’s influential 2007 report, particularly an error exaggerating the risk global warming poses to Himalayan glaciers, have damaged the panel’s standing and given ammunition to those critical of science underlying climate change.

The IPCC review, requested by the United Nations, will be led by Harold Shapiro, an economist and former president of Princeton University. The peer-review report will examine, among other topics, the literature that may be cited in IPCC reports — several errors stemmed from NGO or government reports that were not peer-reviewed — and data quality control. The panel expects to deliver its findings by the end of August. (See related story in today’s ClimateWire.)

Markey, the committee’s chairman and sponsor of the House-passed climate bill (H.R. 2454), will hear from three past and future American contributors to the IPCC, who will be tasked with laying out the fundamental science behind climate change.

The panel will also hear from Lisa Graumlich, the director of the School of Natural Resources and the Environment at the University of Arizona, who served on a British panel investigating the conduct of scientists at the Climatic Research Unit of the University of East Anglia. Intemperate e-mails leaked from the unit last winter gave rise to allegations that climate scientists sought to squash dissent and manipulate temperature data (ClimateWire, April 15).

Last month, the panel cleared the unit and its researchers of any malpractice.

“We saw no evidence of any deliberate scientific malpractice in any of the work of the Climatic Research Unit and had it been there we believe that it is likely that we would have detected it,” the reviewers said. “Rather we found a small group of dedicated if slightly disorganized researchers who were ill-prepared for being the focus of public attention.”

Also testifying to the panel will be another Briton, Lord Christopher Monckton, a hereditary peer in the House of Lords and prominent critic of the scientific consensus supporting anthropogenic climate change.
Schedule: The hearing is Thursday, May 6, at 9:30 a.m. in 2237 Rayburn. 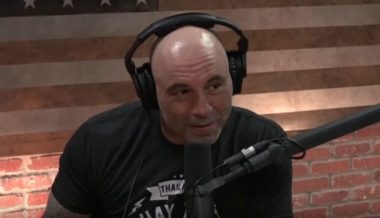