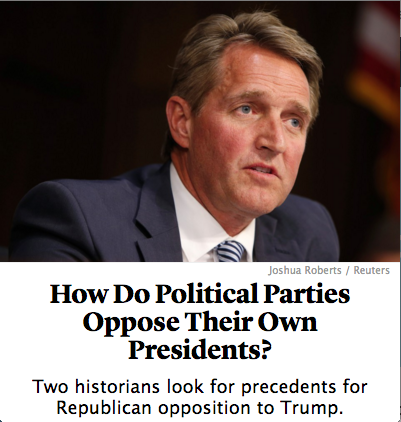 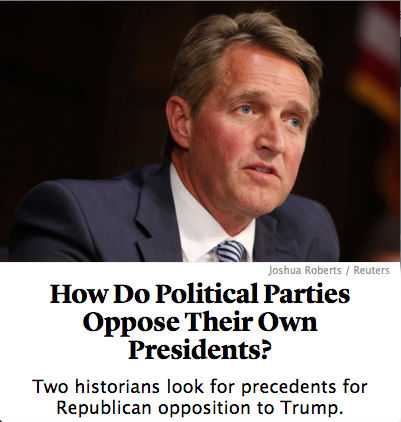 “Short of impeachment, Republicans could easily ratchet up the intensity of the congressional investigations that are currently taking place or launch new ones,” they continued.

“If Republicans become frustrated enough, they could easily change the tenor of the current investigations, with regards to Russia and other issues like conflict of interest, tying the administration up into knots by forcing President Trump and his team to spend most of their time defending themselves.”

In other words, it would be better for Republicans to derail the Trump presidency with baseless investigations rather than work on fixing the many problems facing America.

Zelizer and Keller go on to say that if those efforts fail, the Republicans could just simply ignore Trump for the rest of his term.

“Another tool Republicans have is to ignore the president on his legislative priorities, whatever those might be,” they said, adding that it could be the right “path forward for the GOP.”

This follows several legislative – not executive – defeats by Republicans, including failing to pass a “skinny” repeal of Obamacare last week.

“It’s pretty obvious our problem with healthcare isn’t the Democrats. We didn’t have 50 Republicans,” he said Tuesday.

Trump, aware of the GOP turning on him, tweeted out a message to them after the skinny repeal failed in the Senate.

“Many great Republican bills will never pass, like Kate’s Law and complete Healthcare. Get smart!” he tweeted.