In a study issued by Yale University, the latest answer to GM crop contamination has been revealed by biotech – genetically modified amino acids.

“Scientists have devised a way to ensure genetically modified organisms can be safely confined in the environment, overcoming a major obstacle to widespread use of GMOs in agriculture, energy production, waste management, and medicine.” [1]

The premise is that you can rewrite DNA in a strain of bacteria so that it requires the presence of biotech’s synthetic amino acid that doesn’t exist in nature. Amino acids are normally the building blocks for proteins, which carry out many of our bodies’ (and a plant’s) most important functions. They call it bio-containment, and it is meant to solve the problem which biotech so egotistically created before GMO-organic crop contamination was ever an issue.

Monsanto mouthpieces, like the Genetic Literacy Project, try to chalk up contamination as ‘no biggie’ and instead point to anti-GMO-ers as the real problem. In reference to several articles printed about GMO crop contamination, one writer had this to say:

“In almost every instance GMO was referred to as poison, chemicals or just plain evil. The pictures accompanying these posts featured an apple or an ear of corn being injected by a syringe; with what I don’t know because that isn’t how a genetically modified organism is created.”

The Yale study calls GM amino acids “a significant improvement over existing biocontainment approaches for GM organisms.” The senior author of the paper, Farren Isaacs states that, “this work establishes important safeguards for organisms in agricultural settings, and more broadly, for their use in environmental bioremediation and even in medical therapies,” but what time has shown with other GM technologies proves Isaacs could be very wrong.

You can give a GM bacteria whatever genetic code you like in hopes of limiting the spread of GM organisms in the wild, but yet again, one of the simplest processes of nature seems lost on people with multiple doctorate degrees.

As Dr. Thierry Vrain, a former pro-GMO biotechnologist, has explained how prestigious journals don’t tell you that multiple:

“studies show that [GMO] proteins produced by engineered plants are different than what they should be. Inserting a gene in a genome using this technology can and does result in damaged proteins. The scientific literature is full of studies showing that engineered corn and soya contain toxic or allergenic proteins.”

Isaacs, Ryan Gallagher, and Jaymin Patel at Yale supposedly devised a strategy to layer multiple safeguards that also limit growth of GMOs to environments that contain a different set of synthetic molecules. They state that the GM amino acids contain a complementary set of distinct and portable safeguards capable of securing a wide range of organisms.

What of all the rogue proteins and mutant strains of GM cropping up? What of the insecticidal Bt toxins that companies like Monsanto and Syngenta swore didn’t affect humans, but have now been proven to alter gut health?

The authors of the Yale study also say that the new code paired with artificial amino acids will allow scientists to ‘create safer GMOs for use in open systems, which include improved food production, designer probiotics to combat a host of diseases, and specialized microorganisms that clean up oil spills and landfills.”

So, the biotech answer to GM contamination is MORE GM tinkering? Sounds like a winning plan. 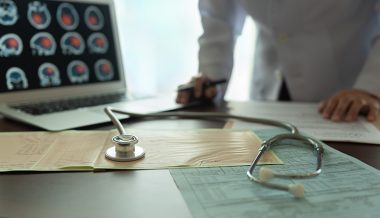