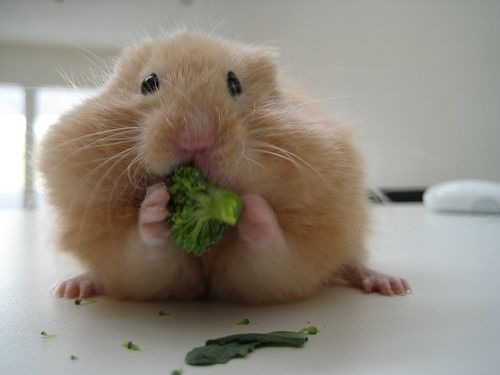 A study presented at the Days of Defense Against Environmental Hazards in Russia has unveiled once again the implicit dangers associated with the consumption of genetically-modified organisms (GMOs). According to Voice of Russia, scientists from the National Association for Gene Security and the Institute of Ecological and Evolutional Problems discovered that animals fed GMOs as part of their normal diet eventually develop the inability to reproduce.

A shocking revelation; the study is one of several that has identified a link between GMO consumption and infertility in recent years. And because it was conducted independently of the biotechnology industry, it came to far different conclusions than have most of the studies offered up for mainstream consumption in defense of GMOs.

Using hamsters as the test subjects, scientists observed that consumption of GM soybeans, which have never been a part of these creatures’ normal diets, tended to slow sexual maturity and gradually eliminate the ability to reproduce. After several generations, hamsters consuming the “Frankensoy” eventually lost their innate ability to reproduce.

“We selected several groups of hamsters, kept them in pairs in cells and gave them ordinary food as always,” said Dr. Alexei Surov, one of the authors of the study. “We did not add anything for one group but the other was fed with soya that contained no GM components, while the third group with some content of Genetically Modified Organisms and the fourth one with increased amount of GMO.”

Dr. Surov and his team then monitored the various groups of cubs, including their rates of growth and birthing frequencies, and compared their findings to the cubs’ diets. After several generations of cubs breeding with each other, the team observed that those cubs who ate GMOs as part of their diet eventually became completely sterile.

“[W]e noticed quite a serious effect when we selected new pairs from [the] cubs and continued to feed them as before,” added Dr. Surov. “These pairs’ growth rate was slower and reached their sexual maturity slowly. When we got some of their cubs, we formed the new pairs of the third generation. We failed to get cubs from these pairs, which were fed with GM foodstuffs. It was proved that these pairs lost their ability to give birth to their cubs.”

Will widespread GMO consumption make future generations of humans infertile?
An Austrian study uncovered similar harm in mice that consumed GM corn. An immediate consequence among the mice eating the “Frankencorn” was that their offspring weighed less than normal, and overall litter size became smaller. After three or four generations, mice who came from GMO-eating parents and grandparents became completely infertile. (http://www.naturalnews.com)

Farmers across the U.S. have also reported infertility among pigs and cows that consume GM feed. And in India, an investigatory team observed infertility and other serious problems among buffalo that were consuming GM cottonseed.