Texas Republican Rep Louie Gohmert said the FBI’s refusal to label James Hodgkinson’s attempted mass assassination of Republican congressman as terrorism indicates “there are too many officials from the previous administration in the DOJ,” The Daily Caller reports.

Texas Republican Rep. Louie Gohmert unloaded on the media and Obama-era holdovers at the Department of Justice on Wednesday after the FBI announced that it was treating last week’s attempted mass assassination of Republican congressmen as “assault” rather than terrorism.

Gohmert said that the FBI’s refusal to label the attack as terrorism indicates that there are too many officials from the previous administration in the DOJ and charged that the left-wing shooter, James T. Hodgkinson, was conditioned by “hate-filled propaganda” from the media and some Democrats.

“It is absurd to state that the shooting in Alexandria last week was, at a minimum, a hate-filled attempt at murder. This horrendous crime was clearly a premeditated, attempted multiple or mass murder,” Gohmert said in a written statement to The Daily Caller. “Sadly, the shooter was a product of the relentless conditioning of hate-filled propaganda pushed by the so-called mainstream media and certain supporters of the Democratic party.”

“This vicious rhetoric encourages followers to incite violence, which in and of itself is a crime. It sounds like there are still far too many holdovers in the Department of Justice from the Obama years, who detest Republicans,” Gohmert added.

Here’s some highlights of the FBI’s comical press conference:

At a news conference on Wednesday, FBI officials gave an overview of the evidence they’ve gathered on Hodgkinson. They said he acted alone and had no connections to terror groups. But they said they had not yet clarified who, if anyone, he planned to target, or why, beyond his animus toward President Donald Trump and the Republicans he felt were ruining the country. It wasn’t even clear whether he had prior plans to attack the baseball practice or whether he just happened upon it the morning of June 14, said Tim Slater, who leads the criminal division of the FBI’s Washington field office.

“At this point in the investigation, it appears more spontaneous,” Slater said.

Hodgkinson had a piece of paper with the names of six members of Congress written on it, Slater said, but the note lacked any further context and there was no evidence from his computer, phone or other belongings that indicated he planned to target those officials. Slater declined to name the officials whose names were on the note or say whether they were Republicans or Democrats or were at the baseball practice.

…In April, Hogkinson made the tourist rounds in Washington, visiting monuments, museums, the U.S. Capitol and the Dirksen Senate Office Building and taking pictures, the FBI said. He also took pictures of the baseball field where he would later fire more than 60 shots.

“The FBI does not believe that these photographs represented surveillance of intended targets,” the FBI said in a statement.

The FBI also said his Facebook posts “appear to be First Amendment protected rights,” whatever the hell that means. Did anyone question Hogkinson’s right to make posts on the internet?

Despite photographing the baseball field, carrying what many suspected was a “hit list” filled entirely with members of the House Freedom Caucus (which included Congressman Mo Brooks who was at the field when shooting broke out), and asking whether or not it was Republican congressman on the field playing just minutes before carrying out his shooting, “he had no target in mind.”

This is the same FBI which says we should trust the discredited cyber-security firm CrowdStrike that “Russians” “hacked” the Democratic Nation Committee servers. 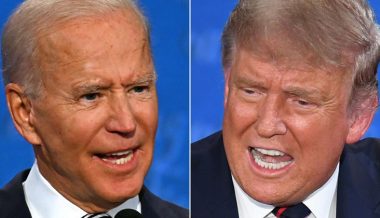