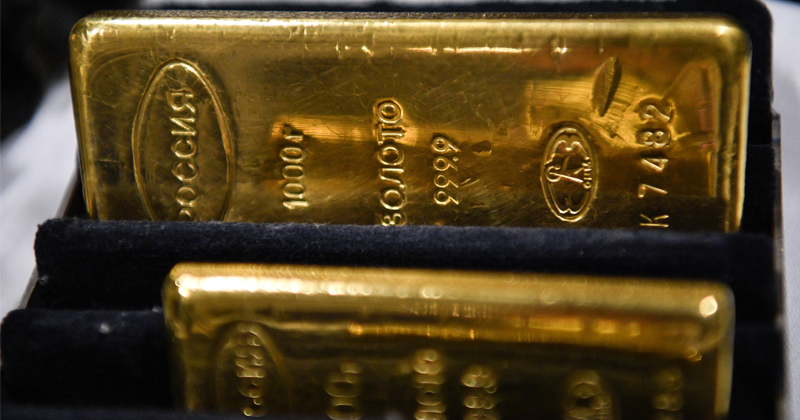 Gold prices hit near seven-year highs on Wednesday before declining to stay above the key $1,500 support as President Donald Trump refrained from escalating the United States’ conflict with Iran after Tehran launched missile attacks on US-Iraqi airbases without killing anyone.

In the aftermath to the Iranian attacks, #Brent crude futures had spiked as much as 4% to highs of $71.75/bbl, while safe-haven flows took #gold prices to the highest level since April 2013 having broken above $1600. More pic.twitter.com/ilcwqiz9x4


The dollar, a contrarian trade to gold, rose on Wednesday as gold prices fell. The US Dollar Index, which pits against the greenback against a basket of six currencies, rose by 0.3 percent to trade at just under 97.

Gold offers investors, particularly large pension and sovereign funds worried about loss in currency values, a hedge against downturns brought on by economic and political troubles, as well as monetary easing by central banks. Gold futures rose 16 percent last year while bullion surged 18 percent as investors piled into the safe-haven on the back of the US-China trade war, Britain’s EU-exit troubles and rate cuts by the US Federal Reserve.

The rally had continued into the start of 2020 as the US-Iran conflict heightened.

Some analysts said gold may pause on its climb from here.

“If gold were to go back below the $1,555 level and hold there then this could mark the end of the rally … at least for a while”, said Fawad Razaqzada, precious metals and currencies analyst at forex.com in London. “In that case, we may very well see a correction before the rally potentially resumes at some point down the line. So, watch price action around $1,555 closely this week”.

Others, like Canadian bank-backed brokerage TD Securities, said the 2020 gold rally “is still in its early days”, pointing to the market’s improving technical picture despite the yellow metal’s seemingly overbought levels.

The rocket launches were Tehran’s first counterattack to the US airstrike that killed Iranian commander Qasem Soleimani last week.

Trump, speaking after the Iranian retaliation, insisted that the United States will not allow Tehran to develop nuclear weapons. But he said he was still prepared to make peace with Iran if its leadership “changed its behavior”. That was a sign the president was standing down from further escalation on the conflict.