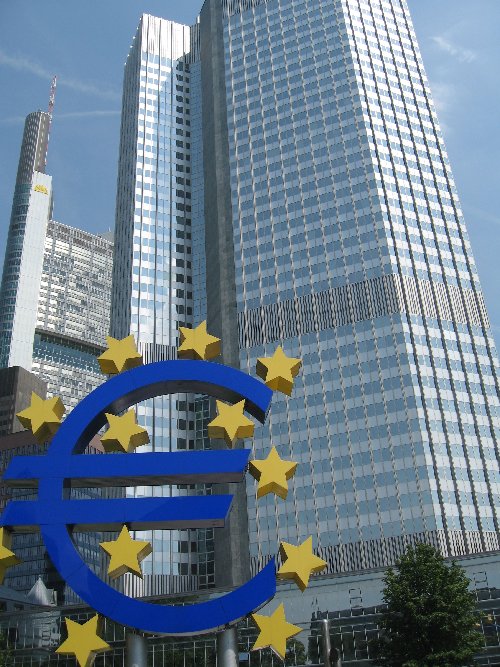 Gold rises on word that the ECB will begin selling bonds in a desperate effort to deter a credit crunch in the euro zone.

Gold and silver have once again risen on “downside risks” to the European economy and its ongoing struggle with a sovereign-debt crisis and the distinct possibility Greece will default on its debt “obligations” to the IMF and European Central bank.

Treasury Secretary and former New York Federal Reserve boss Timothy Geithner said Europe is moving “too slowly” in dealing with the expanding crisis despite the European Central Bank’s resumption of bond buying and refinancing programs designed to deter a credit crunch in the euro zone.

The Bank of England also announced it will expand its bond buying program in an effort to prop up a sagging U.K. Economy.

Central bank efforts to produce so-called easy money have predictably acted as a boost to gold and silver. Liquidity efforts and monetary easing invariably reduce the value of fiat paper currencies and move investors into gold and silver.

Despite the roller-coaster ride gold and other precious metals have taken recently, analysts continue to insist that gold and silver are excellent investments.

After gold’s parabolic move it is healthy for a stock to pull back before it begins its move up again,” writes seasoned investor George Maniere. “My expectation is for gold to rise to a minimum of $2000.00 by the end of the year and if we use the generous historic ratio of gold to silver of 50 to 1 silver will be $50.00 by the year’s end.”

Midas Resources and Alex Jones have come together to offer you three of the most hard hitting videos ever produced: End Game, Obama Deception, and Fall of the Republic.

Only one dvd special offer per person is available due to limited quantities.