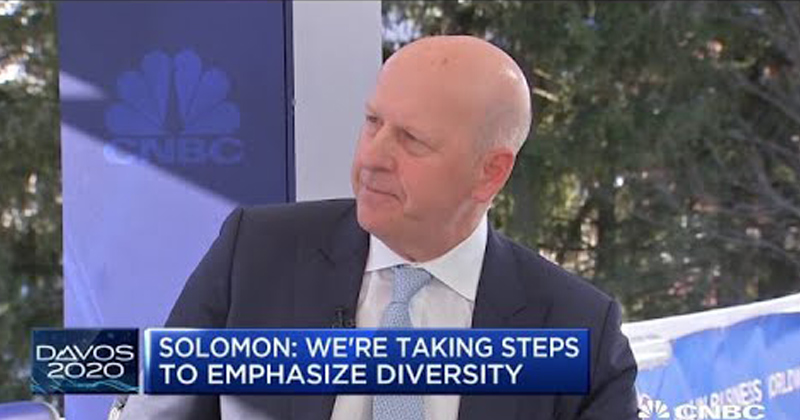 Goldman Sachs will no longer fund IPOs for companies that don’t have at least one board member who isn’t white or a female, the company announced Thursday.

In one of the biggest virtue signal stunts ever, the CEO of Goldman, David Solomon, said starting in July the firm wants companies to have at least one “diverse” board member before underwriting their initial public offerings.

“Starting on July 1st in the U.S. and Europe, we’re not going to take a company public unless there’s at least one diverse board candidate, with a focus on women,” Solomon said on CNBC’s “Squawk Box” from the World Economic Forum in Davos, Switzerland “And we’re going to move towards 2021 requesting two,” he added.

Noting his own board contains four women and a black lead director, Solomon pointed out, “About 60 companies in the U.S. and Europe have gone public recently with all white, male boards,” according to CNBC, and claimed US companies with female board members performed “significantly better”:

Solomon said the firm’s goal is to steer companies in the right (politically-correct) direction, despite anticipating losing some business over the move:

“Look, we might miss some business, but in the long run, this I think is the best advice for companies that want to drive premium returns for their shareholders over time,” Solomon said.

“This is an example of our saying, ‘How can we do something that we think is right and helps moves the market forward?’” he added.