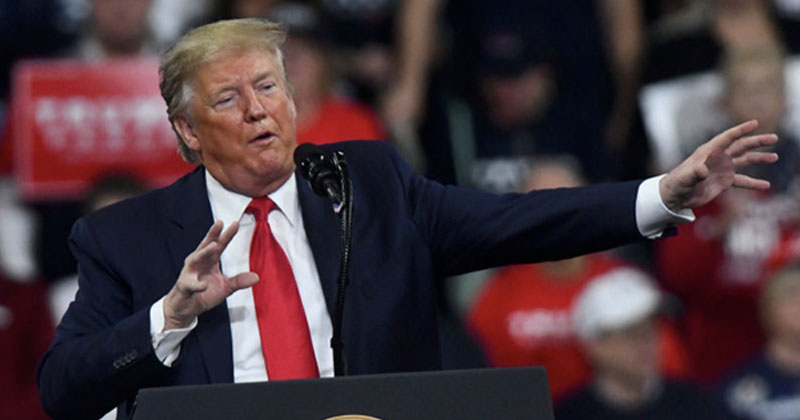 Goldman Sachs clients are 87 per cent sure that Donald Trump will be re-elected as President later this year.

Asked ‘Will President Trump Win A Second Term?’, a resounding majority of those attending a Goldman Sachs Global Strategy Conference in London yesterday said he would.

Their confidence in Trump being returned to the Oval Office probably has a lot to do with the fact that only 5 per cent of respondents think the U.S. economy will enter recession in 2020. 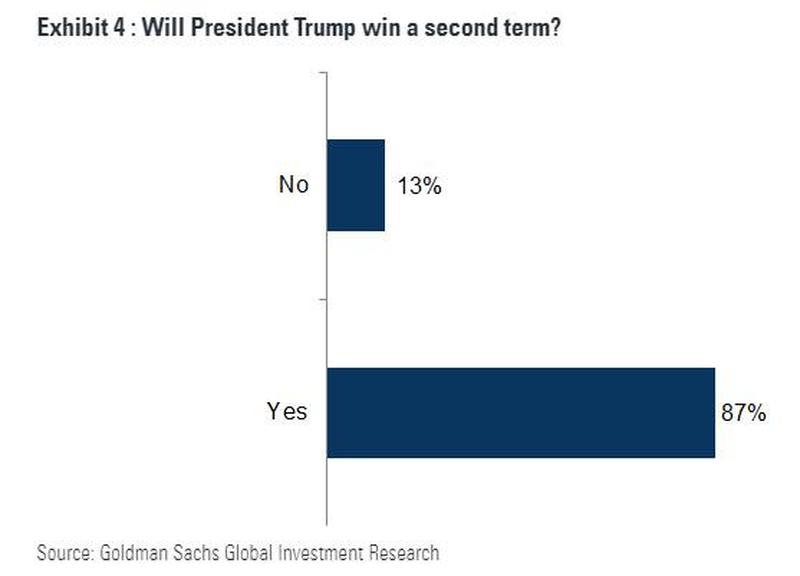 51 per cent of likely U.S. voters say they plan to vote against Trump, down from 52 per cent last September.

A Moody’s Analytics study back in October found that Trump’s chances of being re-elected are excellent, so long as the economy holds up.

“Barring anything unusual happening, the president’s Electoral College victory could easily surpass his 2016 win over Democrat Hillary Clinton, which came by a 304-227 count,” reported CBC News.

The model predicts Trump achieving 332 votes in the electoral college to 206 votes for the Democratic candidate. This could only be overturned with a huge surge in voter turnout.