Leonel J. Castillo, Jimmy Carter’s INS commissioner, and I tangled on a number of issues, but he was absolutely right on one thing — the outflow of illegals from Mexico assured the continuation in power of Mexico’s despots.

His notion was that if the poverty-stricken in that country did not have the option of immigration to the United States, legally or illegally, they would form a critical mass that would force change — perhaps violently — on the Mexican government.

Mexico, after all, has an even more lop-sided distribution of income than we do. As long as the migrants were in the United States they would not disturb the Mexican establishment, but they would send back remittances to family members, providing a social safety net to their relatives that the state did not offer. The whole thing was a win-win situation for Mexico’s rulers.

He also noted that it was the strongest and the most assertive of the Mexican poor who made the trip north — just the kinds of folks you would want on your side come the revolution.

He not only correctly judged the situation, but he had plans (or maybe dreams) to do something about it. A community organizer, an ex-Peace Corps volunteer, and, at that point, a successful Democratic politician in Houston, he talked with me (something I cannot document) about using the time Mexican illegals were in detention centers to train them in peaceful community organization techniques.

The detainees, he reckoned, had little to do in the camps, and could be trained in Spanish to organize the poor, get people registered to vote, and then see to it that they voted. Similarly, the former detainees could organize genuine unions of workers, as opposed to the totally co-opted unions then working with the PRI dictatorship in Mexico. He was even, as I recall, thinking about reaching out to the Ford Foundation and others to fund the training.

I have never seen anything on this in writing and suspect that nothing came of it, but it is a notion we should bear in mind as we think about legalizing all those restless, mostly young people from Mexico and Central America.

If they can continue to migrate to the United States, they will not put any pressure on the current, largely unattractive regimes in those countries. If they could not come here anymore, or better yet, if many of the illegals were forced to return to those lands, it would build wonderful pressures on the local establishments. That’s the theory, and it sounds plausible to me.

Castillo would not agree with how I am now using this argument to make an anti-amnesty point, but his basic eye-opening ideas of some 35 years ago should be given serious, fresh consideration.

Why should we continue to absorb the excess populations and excess unemployment of the nations to the south of us, when we could — by simply enforcing our own immigration laws — indirectly cause badly needed changes in those nations while protecting our own environment and our labor standards?

Might we learn a lesson about our open-doors policies to Cuban emigres? We admitted them in droves and thus relieved, for more than 50 years now, the explosive pressure that those exiles would have brought to bear on the brothers Castro, had the migrants not all been lodged in Miami. 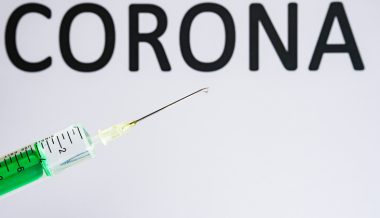