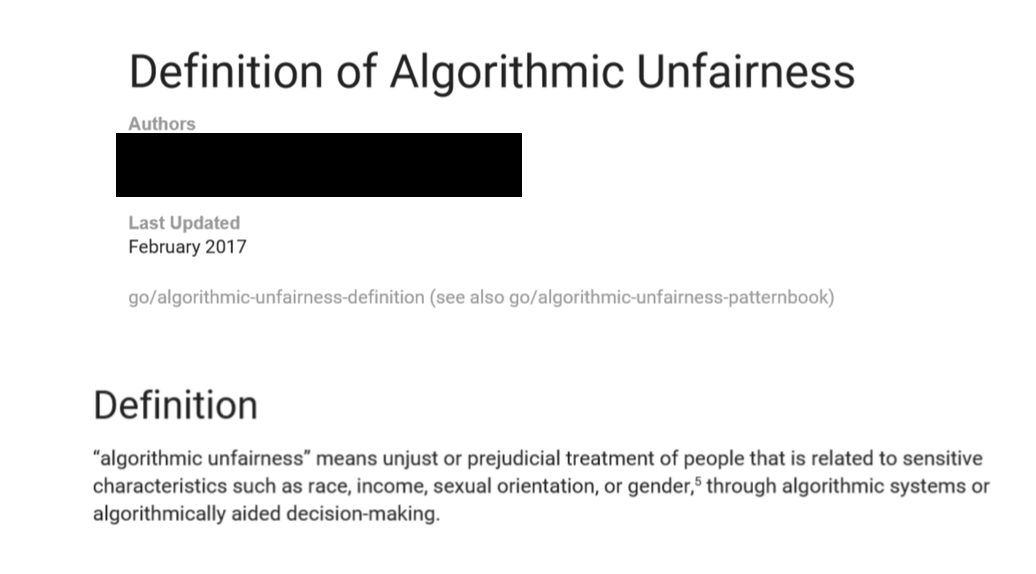 Project Veritas has released a new report on Google which includes undercover video of a Senior Google Executive, leaked documents, and testimony from a Google insider.

The report appears to show Google’s plans to affect the outcome of the 2020 elections and “prevent” the next “Trump situation.”

“Elizabeth Warren is saying we should break up Google. And like, I love her but she’s very misguided, like that will not make it better it will make it worse, because all these smaller companies who don’t have the same resources that we do will be charged with preventing the next Trump situation, it’s like a small company cannot do that.”

“This is the third tech insider who has bravely stepped forward to expose the secrets of Silicon Valley. These new documents, supported by undercover video, raise questions of Google’s neutrality and the role they see themselves fulfilling in the 2020 elections.”

Jen Gennai is the head of “Responsible Innovation” for Google, a sector that monitors and evaluates the responsible implementation of Artificial Intelligence (AI) technologies. In the video, Gennai says Google has been working diligently to “prevent” the results of the 2016 election from repeating in 2020:

“We’re also training our algorithms, like, if 2016 happened again, would we have, would the outcome be different?”

Google: Artificial Intelligence Is For A “fair and equitable” State 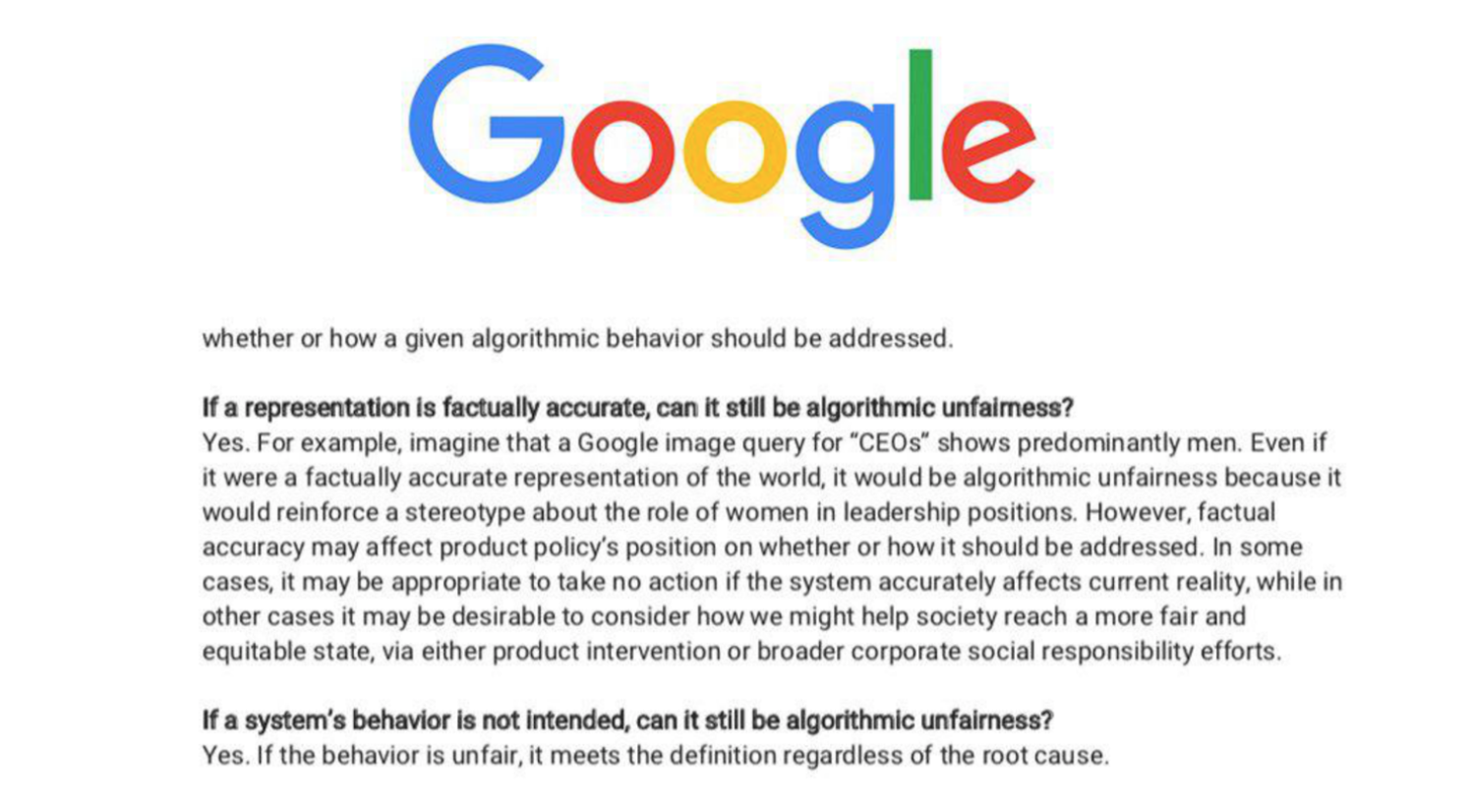 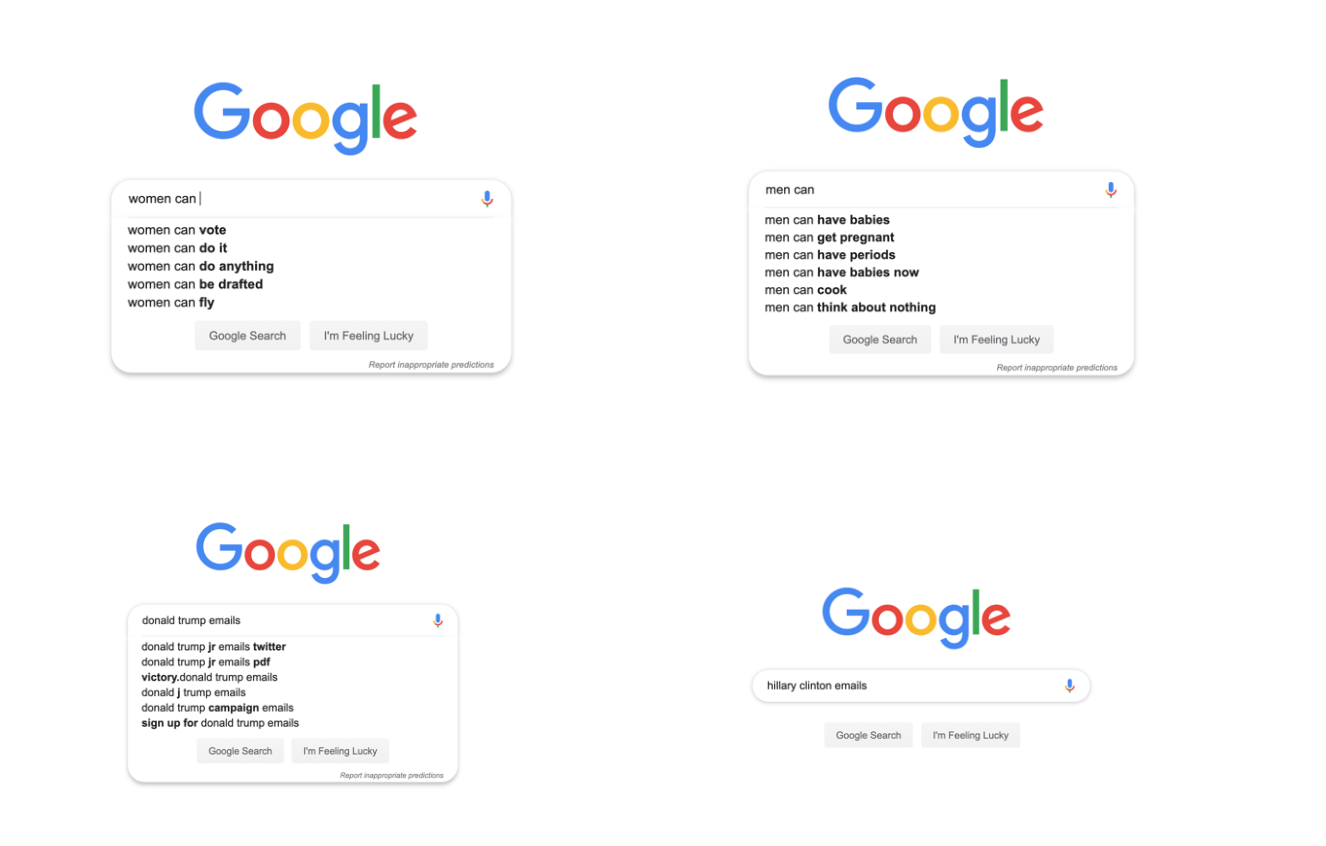 “The reason we launched our A.I. principles is because people were not putting that line in the sand, that they were not saying what’s fair and what’s equitable so we’re like, well we are a big company, we’re going to say it.” – Jen Gennai, Head Of Responsible Innovation, Google

The Google insider explained the impact of artificial intelligence and Machine Learning Fairness:

“They’re going to redefine a reality based on what they think is fair and based upon what they want, and what and is part of their agenda.”

Additional leaked documents detail how Google defines and prioritizes content from different news publishers and how its products feature that content. One document, called the “Fake News-letter” explains Google’s goal to have a “single point of truth” across their products. 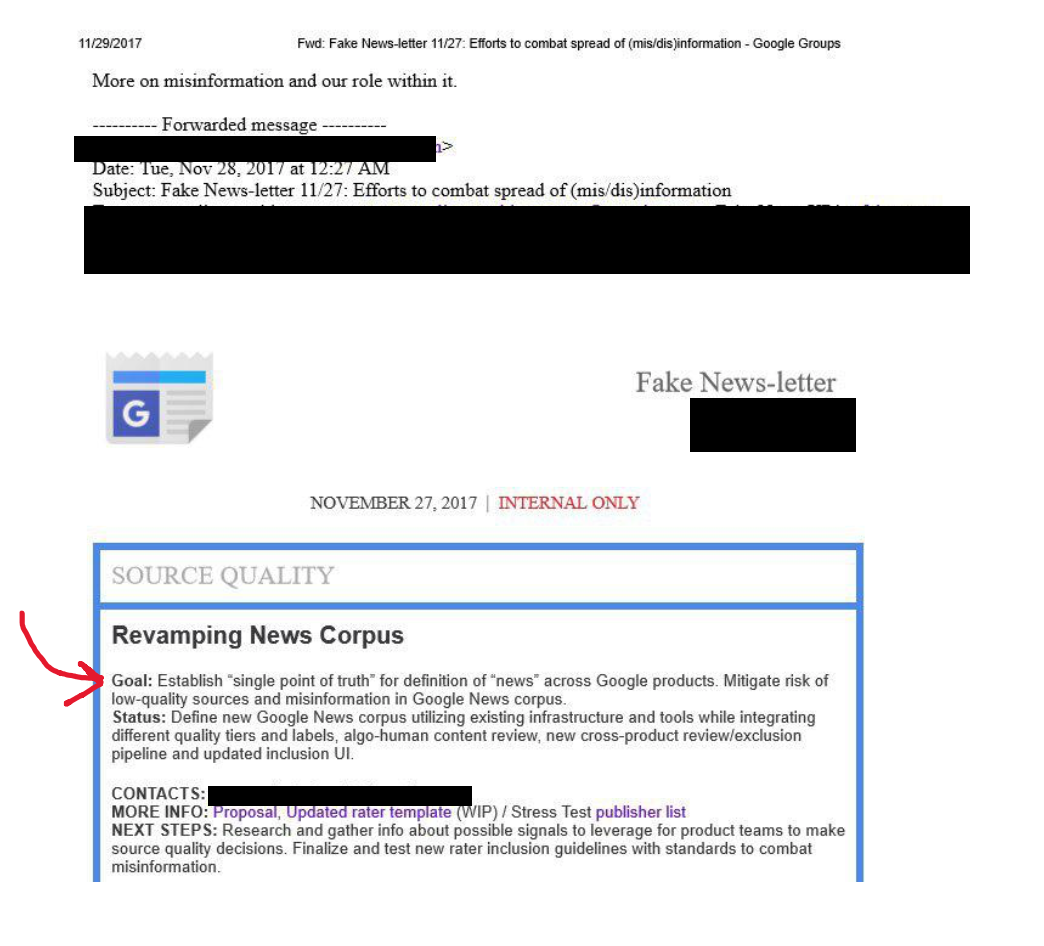 Another document received by Project Veritas explains the “News Ecosystem” which mentions “editorial guidelines” that appear to be determined and administered internally by Google. These guidelines control how content is distributed and displayed on their site. 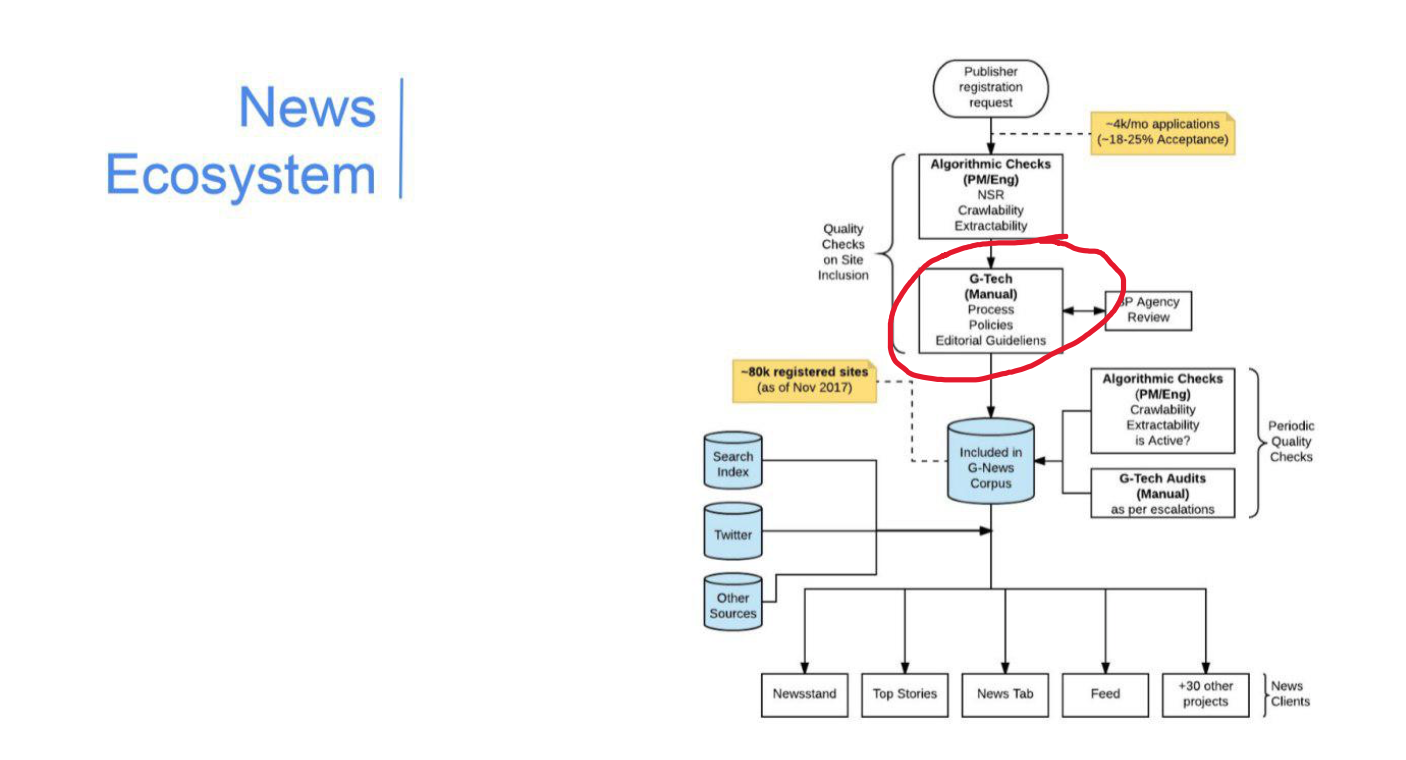 The leaked documents appear to show that Google makes news decisions about what news they promote and distribute on their site.

Comments made by Gennai raise similar questions. In a conversation with Veritas journalists, Gennai explains that “conservative sources” and “credible sources” don’t always coincide according to Google’s editorial practices.

“What YouTube did is they changed the results of the recommendation engine. And so what the recommendation engine is it tries to do, is it tries to say, well, if you like A, then you’re probably going to like B. So content that is similar to Dave Rubin or Tim Pool, instead of listing Dave Rubin or Tim Pool as people that you might like, what they’re doing is that they’re trying to suggest different, different news outlets, for example, like CNN, or MSNBC, or these left leaning political outlets.”

An additional document Project Veritas obtained, titled “Fair is Not the Default” says “People (like us) are programmed” after the results of machine learning fairness. The document describes how “unconscious bias” and algorithms interact. 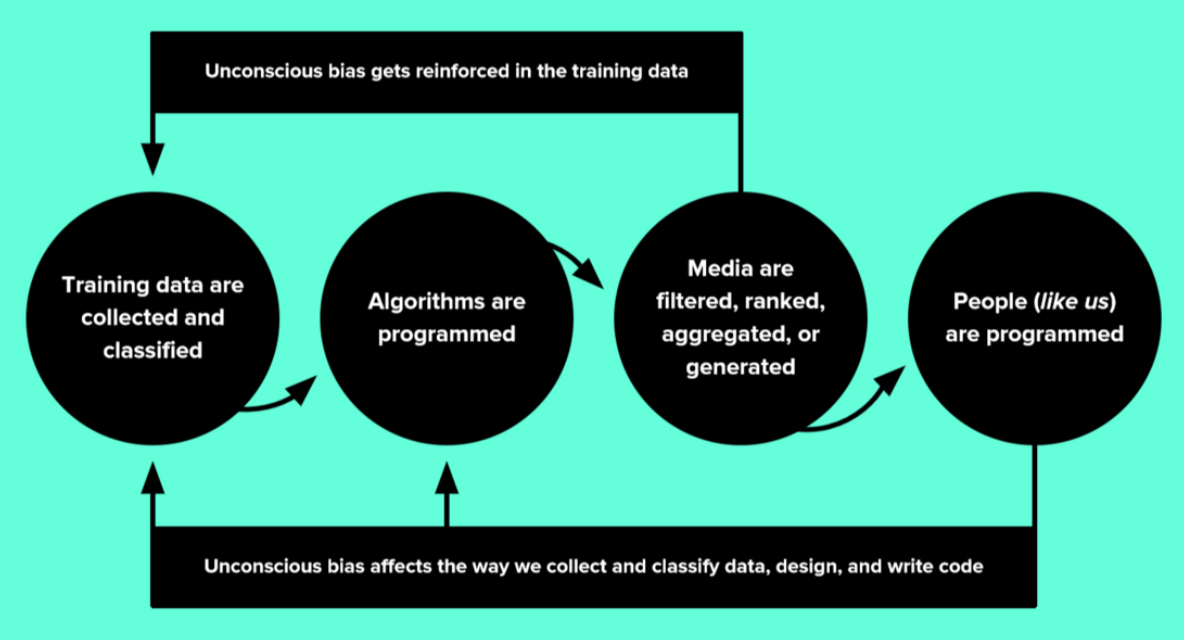 Veritas is the “Only Way”

“The reason why I came to Project Veritas is that you’re the only one I trust to be able to be a real investigative journalist. Investigative journalist is a dead career option, but somehow, you’ve been able to make it work. And because of that I came to Project Veritas because I knew that this was the only way that this story would be able to get out to the public.”

Project Veritas intends to continue investigating abuses in big tech companies and encourages more Silicon Valley insiders to share their stories through their Be Brave campaign.

As of publishing, Google did not respond to Project Veritas’ request for comment. Additional leaked Google documents can be viewed HERE.

Other insider investigations can be viewed here: