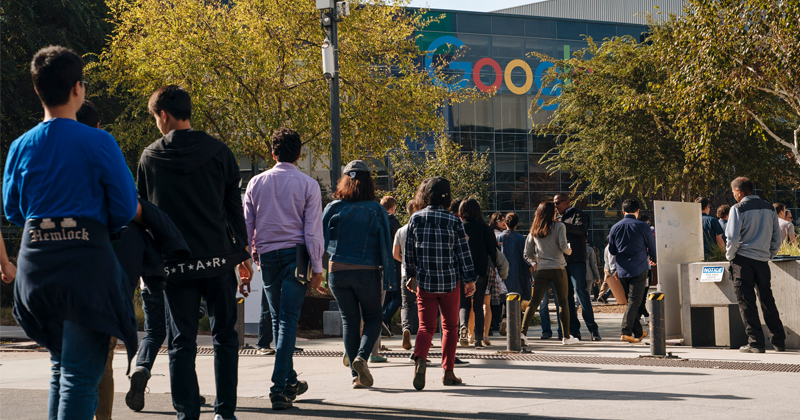 A Google “how-to guide” on protesting contains only far-left chants and signs, according to the Project Veritas data leak.

The findings reveal significant leftist bias within Google’s corporate environment as not a single protest example leans right of center. 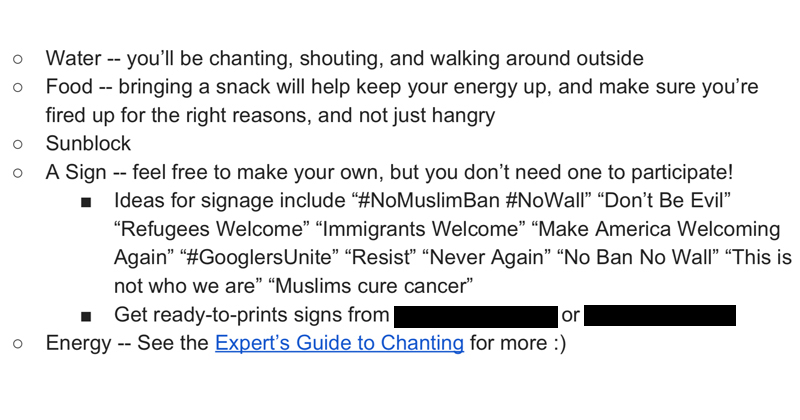 “A sign — feel free to make your own, but you don’t need one to participate!” reads a bullet point describing what to bring. “Ideas for signage include ‘#NoMuslimBan #NoWall,’ ’Don’t Be Evil,’  ‘Refugees Welcome,’ ‘Immigrants Welcome,’ ‘Make America Welcoming Again,’ ‘#GooglersUnite,’ ‘Resist,’ ‘Never Again,’ ‘No Ban No Wall,’ ‘This is not who we are,’ and ‘Muslims cure cancer.’”

Further down the leaked document, an “expert’s guide to chanting” provides example chants while reminding the reader to be “in-sync” and to look “badass.” 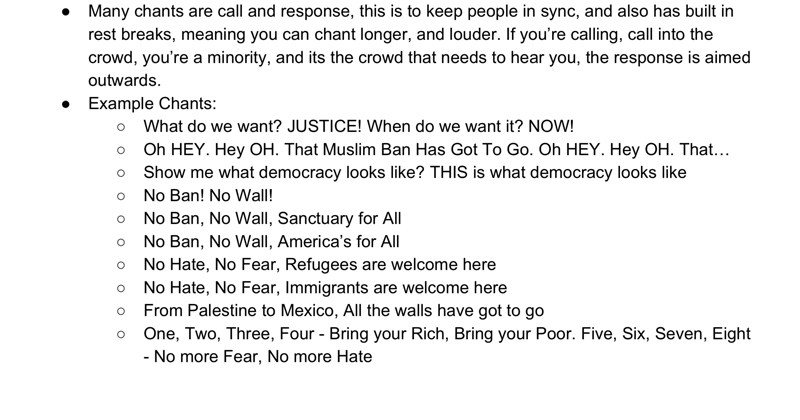 “Example Chants: ‘What do we want? JUSTICE! When do we want it? NOW!’ ‘Oh HEY. Hey OH. That Muslim Ban Has Got To Go. Oh HEY. Hey OH. That…’ ‘Show me what democracy looks like? THIS is what democracy looks like,’ ‘No Ban! No Wall!’ ‘No Ban, No Wall, Sanctuary for All,’ ‘No Ban, No Wall, America’s for All,’ ‘No Hate, No Fear, Refugees are welcome here,’ ‘No Hate, No Fear, Immigrants are welcome here,’ ‘From Palestine to Mexico, All the walls have got to go,’ ‘One, Two, Three, Four – Bring your Rich, Bring your Poor. Five, Six, Seven, Eight  - No more Fear, No more Hate.’”

Most notably, the document admits its purpose is to “assemble [the] best practices” on marches and protests .

“Protesting is an important part of democracy, and it’s important to remember that it’s a proven method of enacting civil change.” 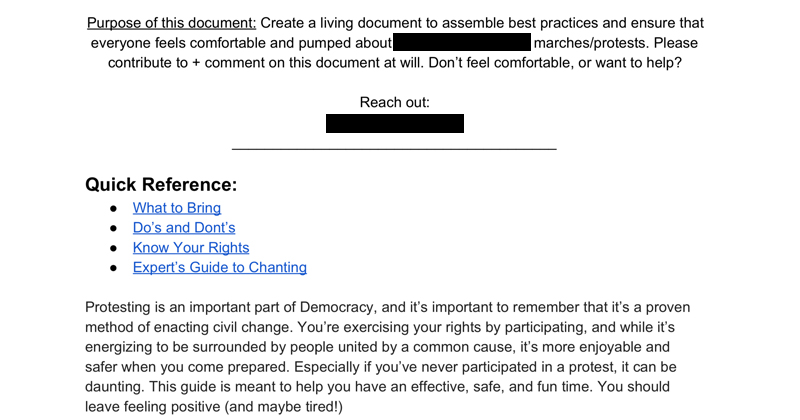