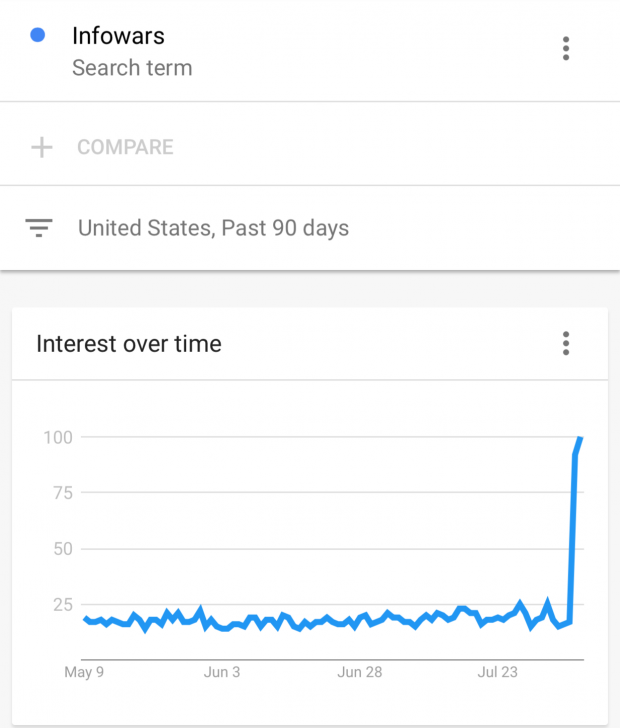 Analysis of Google Trends shows queries related to Infowars began rising significantly between the 5th and 6th of August.

Searches for the Infowars website rose 1,300 percent in the past 7 days while, interestingly enough, the term “Streisand effect” increased 2,150 percent during the same time period.

The explosion in interest happened as Facebook announced Monday that it would permanently ban Infowars’ pages over alleged violations regarding “hate speech.”

During the same time period Spotify and Apple also banned Infowars’ content after seemingly cowering to outside pressure.

Despite the synchronized campaign, Infowars mobile apps shot to number 1 in popularity for both iPhones and Androids in response.

Basically, we’ve shifted traffic from 3rd party big tech sites that censor to being back under our control.

The sudden spike in popularity has already led mainstream media outlets to pressure Apple to remove the apps.

Apple thus far has stated Infowars is not in violation of any rules and will continue to have its app hosted.

Twitter CEO Jack Dorsey has also refused to remove Infowars accounts, stating none are in violation as well.