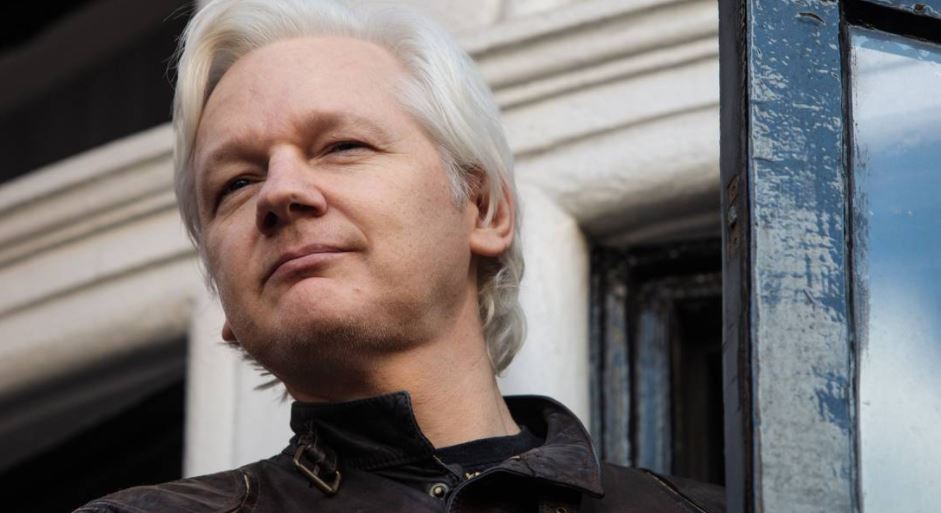 Late on Friday, the Wall Street Journal reported that Julian Assange might be able to provide proof that there’s no truth to the Russia collusion narrative – even as Facebook’s claim it may have sold $100,000 worth of ads to Russians supposedly seeking to bolster Trump’s campaign has revived the narrative in the eyes of Trump’s political opponents.

According to WSJ, US congressman Dana Rohrabacher approached Trump’s Chief of Staff John Kelly this week and offered him a deal: in exchange for a presidential pardon, Wikileaks founder Julian Assange would share evidence that could refute the narrative of Russian hacking into the DNC servers which released a trove of emails revealing that the DNC favored Clinton over rival Bernie Sanders during the 2016 primary. The leaked emails were widely blamed by liberals (and, of course, Hillary Clinton herself) for helping Trump win the 2016 election.

If, on the other hand Assange provided no definitive evidence, there would be no deal.

“The possible “deal”—a term used by Mr. Rohrabacher during the Wednesday phone call—would involve a pardon of Mr. Assange or “something like that,” Mr. Rohrabacher said. In exchange, Mr. Assange would probably present a computer drive or other data-storage device that Mr. Rohrabacher said would exonerate Russia in the long-running controversy about who was the source of hacked and stolen material aimed at embarrassing the Democratic Party during the 2016 election.”

‘He would get nothing, obviously, if what he gave us was not proof,’ Mr. Rohrabacher said.

During the call, Rohrabacher pushed for a meeting between Assange and a Trump representative, preferably someone with direct communication with the president. While WSJ didn’t speculate about who Assange’s source might be, the Australian-born hacker has repeatedly hinted that he received the emails from deceased Democratic staffer Seth Rich. Rich was shot and killed last year during a robbery, according to the DC police, however, the circumstances of his death have fostered suspicions that he may have been murdered as revenge for the leaks.

Rohrabacher travelled to London unofficially early last month for a meeting with Assange. At the meeting, Rohrabacher said Assange offered him “firsthand” information purportedly proving that the Trump campaign did not collude with Russia. Rohrabacher is the chairman of the subcommittee on Europe, Eurasia and Emerging Threats, which has jurisdiction over Russia-related issues within the House Foreign Affairs Committee.

Rohrabacher confirmed that he spoke to Trump’s chief of staff earlier this week, but declined to elaborate on the subject of their discussion. “I can’t confirm or deny anything about a private conversation at that level” the WSJ adds.

A Trump administration official confirmed to WSJ that Rohrabacher had spoken to Kelly about Assange, and that Kelly told him his proposal “was best directed to the intelligence community.” Trump was never made aware of the phone call, according to WSJ. For the record, that’s the same intelligence community that relied on an error-laden dossier compiled by a former British intelligence officer to kick-start its investigation into whether members of the Trump campaign actively conspired with Russian agents to swing the vote to Trump.

Rohrabacher was understandably skeptical about involving the intelligence community, as Kelly had suggested.

“I would be happy to go with somebody you trust whether it is somebody at the FBI; somebody on your staff,” Mr. Rohrabacher said. The California congressman said he would be pleased to talk to CIA Director Mike Pompeo, but that the agency “has its limitations” and wanted “to cover their butt by having gone along with this big lie.” The CIA was one of the intelligence agencies that helped determine in January that emails from prominent Democrats were stolen by Russian intelligence and given to WikiLeaks.

AS WSJ further adds, US authorities have launched an investigation into the disclosure of classified material to WikiLeaks. The investigation was reportedly opened after the publication of hundreds of thousands of classified US government documents in 2010. However, neither Assange nor his organization have never been publicly accused of wrongdoing. Assange has defended the group’s actions, saying they were important acts of journalism and that the American public had a right to know that the DNC essentially conspired to tilt the primary in Clinton’s favor.

Rohrabacher added that the WikiLeaks founder never formally asked him to seek a pardon on his behalf.

“Mr. Assange explained that the ongoing attempts to bring a prosecution against WikiLeaks and its staff for its work documenting the Iraq and Afghanistan wars are unconstitutional, widely condemned, should immediately cease and that the continuation is an abuse of process for improper purposes,” WikiLeaks said in a statement about the August meeting between Mr. Assange and Mr. Rohrabacher.

After the visit to London, Mr. Rohrabacher said in a statement that Mr. Assange “emphatically stated that the Russians were not involved in the hacking or disclosure of those emails.”
Trump has already made one controversial commutation – pardoning former Maricopa County Sheriff Joe Arpaio – since taking office. Like Arpaio, Assange, who isn’t a US citizen and was not eligible to vote during the election, was vocal in his support of the Trump campaign. And Trump, for his part, has praised Wikileaks for its journalistic efforts.

But as Special Counsel Robert Mueller continues to dig into the financial records of Trump’s inner circle, the administration would definitely benefit from Assange’s disclosure – particularly if it proves reliable enough to forestall, or even end, the multiple inquiries which have so far turned up little in the way of legitimate evidence that Trump associates conspired with Russian. Instead, the inquiry is largely being used as a vessel to funnel damaging leaks about the administration to the press.

In short, Assange who as recently as a few months ago was worried the CIA would do everything in its power to do away with him for good, may have found some last minute leverage.

And now we await a response from Trump, who we imagine would be keen to hear what Assange has to say – despite his chief of staff’s efforts to prevent the meeting.