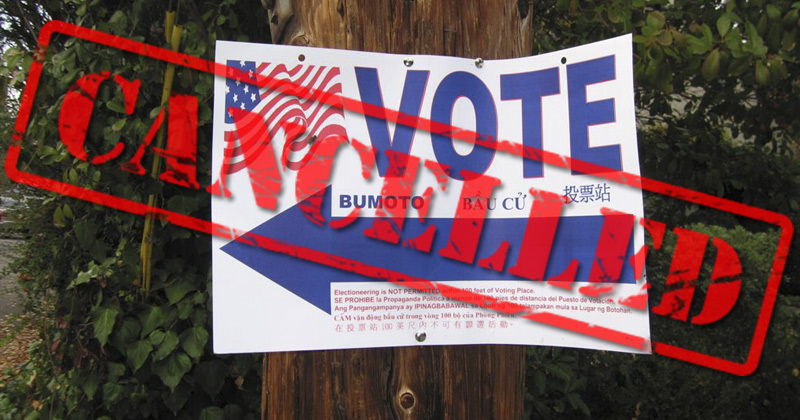 The GOP reenacted Jim Crow-style discrimination to stop Colorado Republicans from voting for Donald Trump – and may attempt to do the same in other states.

During most of the 20th century, Jim Crow laws were enacted to discourage African-Americans from voting – and thereby influencing – political elections in the South.

“African-Americans were not allowed to vote in the Democratic primary elections,” abhmuseum.org revealed. “White Democrats said the Democratic Party was a ‘club’ and did not allow black members.”

And something similar just happened in Colorado: state GOP leaders admitted the Colorado Republican Party was a ‘club’ that did not allow Trump supporters – which includes voters of nearly every demographic in the state.

“GOP leaders have never provided a satisfactory reason for forgoing a presidential preference poll, although party chairman Steve House suggested on radio at one point that too many Republicans would otherwise flock to their local caucus,” the Denver Post reported. “Imagine that: party officials fearing that an interesting race might propel thousands of additional citizens to participate, but of course that might dilute the influence of elites and insiders.”

That’s what the Democrat-run KKK feared during the Jim Crow era: thousands of black Americans taking power away from Democrat Party insiders by having their voices heard in elections.

And the GOP establishment today fears nearly the same thing; despite Trump being the only Republican candidate winning massive crossover support from former Democrats and independents – including minorities who have never voted Republican – party insiders would rather stop him and exclude these new voters from the GOP so they can preserve their power.

They would rather cancel elections outright than to expand the Republican Party leadership beyond just predominantly old, white men with country club memberships who control everything.