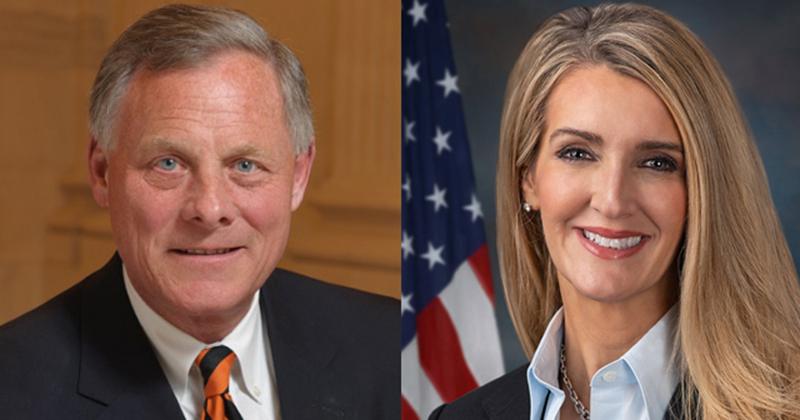 Two GOP Senators were allegedly caught selling off millions worth of stocks after taking part in a “closed-door Senate-only meeting forecasting the impact of the coronavirus pandemic.”

As Senate Intel Chair Richard Burr was privately warning about the dangers of coronavirus, he was offloading between $500k and $1.5M in stocks that plummeted in value weeks later https://t.co/NXDqNd0Q1m

SCOOP: NC's GOP Senator Richard Burr told the public he was confident the govt can fight off COVID-19 the same time he & his wife sold up to ~$1.5 million stock in major corporations that ended up losing most of their value during the coronavirus pandemic https://t.co/JsXkaxb2Pw pic.twitter.com/lMnnbBfoNZ

Soon after he offered public assurances that the government was ready to battle the coronavirus, the powerful chairman of the Senate Intelligence Committee, Richard Burr (@SenatorBurr) sold off a significant percentage of his stocks. https://t.co/IDPxpzbPSn pic.twitter.com/15brjTUxzY

One other data point: Loeffler had not made a single stock transaction during the three weeks she served in office prior to this one. This was her first. The day she got the coronavirus briefing. https://t.co/71ZojVAfaS

Loeffler also purchased between $100,000 and $250,000 in Citrix, which offers popular teleworking software and has actually seen a slight bump in its stock price https://t.co/euaTv2JtIL

It gets worse – she was tweeting this even as she was unloading her stocks https://t.co/3oFEd9ZHw3

From The Daily Caller, “Senators Loeffler And Burr Caught Dumping Their Stocks After Private Meeting On Coronavirus Impact”:

Two Republican senators were caught selling off millions of dollars worth of stocks shortly after a closed-door Senate-only meeting forecasting the impact of the coronavirus pandemic, the Daily Beast reported Thursday.

Its gonna be the Chinese Century come hell or high water. And It couldn’t have been telegraphed any clearer.

Republican Georgia Senator Kelly Loeffler sold roughly $3.1 million in stocks she jointly held with her husband between January 24 and February 14, just before the disease put the stock market into freefall. Her colleague and fellow Republican North Carolina Senator Richard Burr sold off roughly $1.5 million of his own stocks in February as well, shortly before hosting a private meeting with wealthy constituents where he detailed to them the potential impacts of the virus, according to NPR.

Loeffler has yet to release comment on the issue, but Burr addressed the NPR story on Twitter.

In a tabloid-style hit piece today, NPR knowingly and irresponsibly misrepresented a speech I gave last month about the coronavirus threat.

Let me set the record straight. 1/

¡°Every state has a state society,¡± Burr went on to argue. ¡°They aren¡¯t ¡®secretive¡¯ or ¡®high-dollar donor. organizations. They¡¯re great civic institutions that bring people in D.C. together for events, receptions, and lunches. And they¡¯re open to anyone who wants to get involved.’¡±

Tucker Carlson called on Burr to resign and be criminally prosecuted if what he did was illegal:

Loeffler, who was appointed by Georgia GOP Gov. Brian Kemp late last year, is a major GOP donor who pretty much bought her Senate seat.

She denied having had any input on the stock sales late Thursday night:

As confirmed in the periodic transaction report to Senate Ethics, I was informed of these purchases and sales on February 16, 2020 — three weeks after they were made.

It’s also worth noting Senator Lindsey Graham allegedly tried to use the coronavirus bills to push through expanded EB-5 visas for rich Chinese investors to buy US citizenship.

"At this very moment Lindsey Graham is pressuring WH to respond to this Epidemic by passing out residency documents to rich Chinese. Nearly all of whom by definition have ties to our enemies in the Chinese Gov." pic.twitter.com/WJwA92wgQp

"Immigration reformers say they are astounded by Graham’s apparent willingness to have the GOP portray itself as covertly selling fast-track citizenship to wealthy Chinese migrants amid the mounting human toll & economic cost caused by China’s coronavirus."https://t.co/uZRhCFPxzC