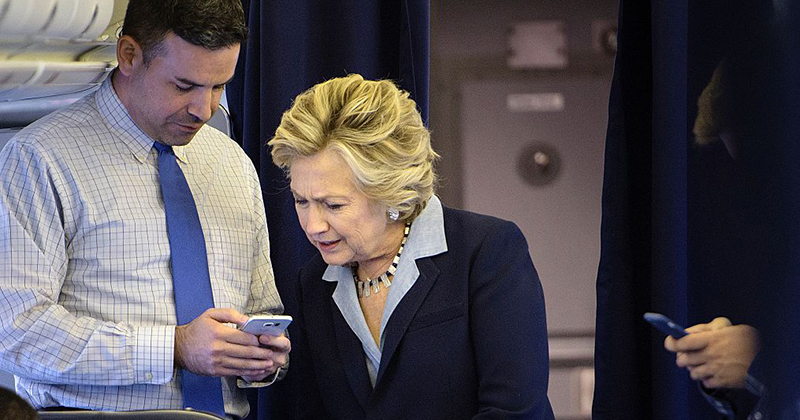 Several GOP Senators remarked that the Democrat agenda can be summed up by a tweet posted by Hillary Clinton’s former press secretary Brian Fallon, who wrote “Defund the police” Tuesday night.

Cheer on the rioters & looters who burn your city.

Senator Tom Cotton noted that the attitude displayed by Fallon is common of liberal elites:

Wealthy liberals like Hillary Clinton's former press assistant have no problem calling to defund the police—they can live in gated communities and hire security guards. https://t.co/mw2ooySELZ

While Senator Josh Hawley tagged in sleepy Joe Biden and asked “Is this now the official position of the Democrat Party?”

This is Hillary Clinton’s former spokesperson. Is this now the official position of the Democrat Party? @JoeBiden? https://t.co/9qhJyYHf3Z

Others were even more direct in their response to Hillary’s secretary:

Or a lame virtue signaler who knows it'll never happen and doesn't actually want it to happen, but is just out to score woke points on Twitter.

You truly are an enemy of America.

Start with Fallon's neighborhood and let the looters know when it has happened.

Start with your neighborhood spermwhistle.

Democrats love rioting and looting. Vote them out

Do you have an address? I’ll bring the bricks!