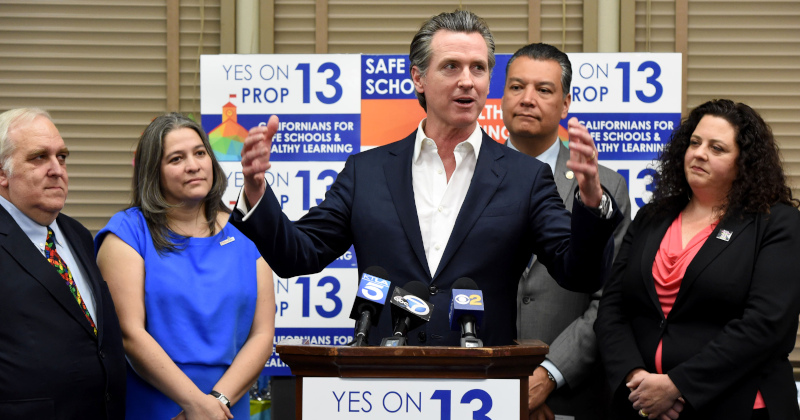 Republicans have filed a lawsuit to overturn the California Governor’s executive order, that will see every voter receive an absentee ballot for the November election, denouncing it as a “direct assault” on the vote’s integrity.

“In a direct usurpation of the legislature’s authority, Governor [Gavin] Newsom issued an executive order purporting to rewrite the entire election code for the November 2020 election cycle,” the lawsuit, which was filed on Sunday, reads.

Slamming Newsom’s decision to mail ballots to all registered voters, which means that inactive voters will also be covered by the scheme, the plaintiffs – The Republican National Committee, National Republican Congressional Committee and California Republican Party – argued the executive order provides fertile ground for widespread fraud.

The GOP sounded the alarm over the ballots potentially falling into the wrong hands by mistake or being stolen while being sent to voters. Apart from a chance that the ballots will end up not reaching their intended addresses, another concern voiced by Republicans is that with more people being involved in the process, there is more room for abuse.

As opposed to voting in a booth in person, while literally shielded from the rest of the world, mail-in voters are more likely to have their choices influenced by others, which undermines the very premise of the election, the lawsuit argues.

“This brazen power grab was not authorized by state law and violates both the Elections Clause and Electors Clause of the U.S. Constitution.”

Commenting on the legal challenge to Newsome’s May 8 order, RNC Chairwoman Ronna McDaniel accused the Democratic party of trying to “redesign” the entire American election system “for political gain” using the pretext of the Covid-19 pandemic.

McDaniel took particular issue with Newsom’s plan to send ballots to all registered voters, without making sure first that they have not moved or are still alive.

Only a few states have all-mail elections, and none of them send millions of ballots to “inactive” voters like Newsom is demanding.

In Washington, it took 5 years to transition to mail-in ballots. Their SOS recently said “you can’t just flip a switch” like Newsom wants, either.

“Only a few states have all-mail elections, and none of them send millions of ballots to “inactive” voters like Newsom is demanding,” she charged, noting that more time is needed to roll out such a system properly.

The lawsuit comes after US President Donald Trump repeatedly resorted to similar rhetoric, unleashing scathing attacks on Democrat-run states, such as California, Michigan, Wisconsin and Nevada for their plans to cut in-person voting down to a minimum, while encouraging residents to cast ballots by mail.

“The United States cannot have all Mail In Ballots. It will be the greatest Rigged Election in history. People grab them from mailboxes, print thousands of forgeries and “force” people to sign,” the president tweeted on Saturday.

The Democrats are trying to Rig the 2020 Election, plain and simple! https://t.co/jlDhzGRnqa

A few hours after the lawsuit was unveiled, Trump added: “The Democrats are trying to Rig the 2020 Election, plain and simple!”

Democrats argue that mail-in voting is a necessary evil, needed to prevent the spread of coronavirus. While Newsom is encouraging voters to stay away from the booths and use mail-in ballots instead, California Secretary of State Alex Padilla said there would not be an outright ban on in-person voting. The state’s counties have until May 30 to work out plans on how to enforce social distancing rules for those opting to vote in person.