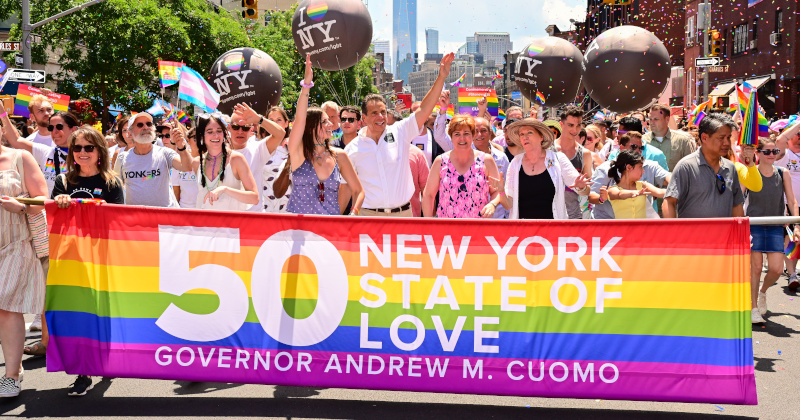 New York Governor Andrew Cuomo is taking heat for the highly partisan act of vetoing a bill that would have allowed all federal judges to officiate weddings in the state because some have been appointed by President Trump.

The law, which was passed with virtually no opposition by the Democrat-dominated state legislature, was intended to enable federal judges to join governors, current and former mayors, select city and deputy city clerks, local justices, members of the clergy, and many ordained private citizens in legally presiding over matrimonial ceremonies.

“I cannot in good conscience support legislation that would authorize such actions by federal judges who are appointed by this federal administration,” said Gov. Cuomo in a statement, according to the New York Post.

“President Trump does not embody who we are as New Yorkers,” he continued. “The cornerstones that built our great state are diversity, tolerance, and inclusion. Based on these reasons, I must veto this bill.”

A small collection of federal judges from specific districts in New York are already allowed to preside over weddings, and the bill would have simply extended that eligibility to all federal judges.

“Four years ago, we gave the governor the ability to perform marriages. Two years ago, we gave legislators that ability. So when it was suggested to me that we expand it to federal judges, I thought, ‘Why not? The more the merrier!’” Democrat state Sen. Liz Krueger told the Post.

“I’m certainly no fan of the judges this president is choosing to appoint, but since any New Yorker can become a minister online for $25 and legally perform weddings, I didn’t consider this to be a major issue.”

Out of 212 lawmakers in the state Assembly and Senate who voted on the bill, only three opposed it.