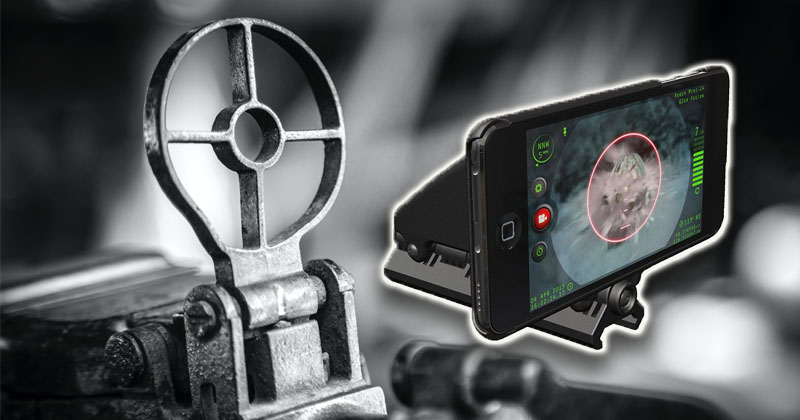 The U.S. government wants tech giants Apple and Google to hand over the names, phone numbers, and other data of over 10,000 users of a gun scope app, according to reports.

According to a DOJ court order application, investigators want the information of users of Obsidian 4, an app that helps to calibrate rifle scopes, as part of a probe into “possible breaches of weapons export regulations.”

The app allows gun owners to get a live stream, take video and calibrate their gun scope from an Android or iPhone device. According to the Google Play page for Obsidian 4, it has more than 10,000 downloads. Apple doesn’t provide download numbers, so it’s unclear how many iPhone owners could be swept up in this latest government data grab.

It’s an unprecedented move: Never before has a case been disclosed in which American investigators demanded personal data of users of a single app from Apple and Google. And never has an order been made public where the feds have asked the Silicon Valley giants for info on so many thousands of people in one go.

The government argues that the data acquisition of innocent people using the app will help in “identifying networks engaged in unlawful export” of certain rifle scopes.

“This pattern of unlawful, attempted exports of this rifle scope in combination with the manner in which the ATN Obsidian 4 application is paired with this scope manufactured by Company A supports the conclusion that the information requested herein will assist the government in identifying networks engaged in the unlawful export of this rifle scope through identifying end users located in countries to which export of this item is restricted,” the government order reportedly reads.

Privacy lawyer Tor Ekeland says the move will violate the rights of thousands of American citizens not connected with the unlawful scope smuggling.

“The danger is the government will go on this fishing expedition, and they’ll see information unrelated to what they weren’t looking for and go after someone for something else,” Ekeland said.

“There’s a more profound issue here with the government able to vacuum up a vast amount of data on people they have no reason to suspect have committed any crime. They don’t have any probable cause to investigate, but they’re getting access to data on them.”

It remains to be seen if Big Tech will comply with the unprecedented order, but given their willingness to restrict the American people’s Second Amendment rights, it won’t be surprising if they do.

Legal expert Robert Barnes breaks down the exact laws and rights the Red Flag Laws would violate for Americans.