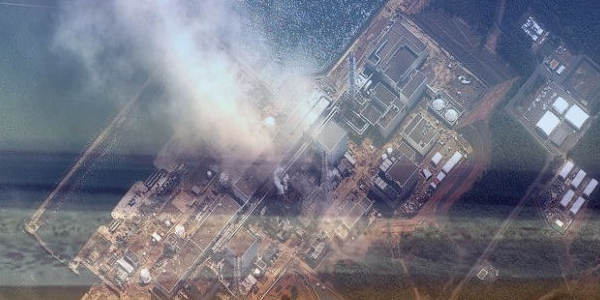 Radiation hot spots are popping up around the United States thousands of percentages higher than ‘background radiation’, mutated wildlife is being found dead on the same West Coast beaches where increased radiation levels have been documented by independent researchers and the Fukushima TEPCO plant workers have been caught using duct tape to fix their nuclear equipment. But according to both the Japanese and United States governments, these events mean absolutely nothing.

In fact, you must be a conspiracy theorist if you fail to believe the official story that it was likely red-painted utensils that led to a spike in documented radiation levels along the California coast (yes, the government actually offered this up as an official answer). And you must absolutely be a conspiracy theorist if you have the gall to actually look back to late 2011, when researchers presented their findings regarding the impending wave of Fukushima radiation that was already being recorded within the country.

Information going back to 2011 shows that scientists were already concerned about an increase in radiation levels and the overall fallout from the delapidated Fukushima plant. We can even go back to the declaration by scientist Marco Kaltofen of the Worcester Polytechnic Institute that radioactive ‘hot particles’ had been found at 2 out of the 3 radiation monitoring stations in Boston. As you are likely aware, hot particles are microscopic pieces of radioactive material that can absolutely wreak havoc on your body via the deliverance of concentrated radiation.

And these particles, according to Kaltofen, were already being found in Boston as far back as 2011.

Now enter a new flurry of stories that have seemingly been popping up one after another as radiation levels are continually being monitored around the nation — namely the West Coast, where the bulk of Fukushima-linked scenarios have been documented. In what sounds like an apocalyptic plot for the latest thriller film, we have mutated whales now washing up dead on the West Coast in the first ever documented case of conjoined gray whale calves. We even have elevated radiation readings as far away as St. Louis, Missouri.

Coincidentily, of course, this is happening at the same time that radiation hot spots exceeding a 1,400% increase over ‘normal’ levels are being reported by researchers. It’s even happening at the same time that similar 500% increases have been disregarded by government officials who admit they have no idea what’s going on but fervently deny any connection to Fukushima in any capacity whatsoever. In fact, that has always been the mantra of these government health officials: We have no idea what’s really going on, but it’s definitely not Fukushima!

Because just as the Japanese government has assured its citizens that Fukushima is perfectly safe and poses no real threat to your health while secretly reviewing studies that reveal the plant released massively more radiation than admitted and led to 78% of the radioactive waste being dumped into the Pacific Ocean, the United States government would much rather silently purchase 14 million doses of potassium iodide than tell you that there may be some cause for concern.

The very core of the Fukushima disaster timeline that has been regurgitated by the mainstream media and government agencies alike was almost exclusively based on information provided by plant operator TEPCO — a company that is now on record as having lied to the population of the world in a major way. And there were no signs they would ever tell the truth unless forced to. It wasn’t until an independent investigation revealed the actual levels of radiation released from the plant (around 2 1/2 times more than TEPCO would even admit) that TEPCO was forced to go on record and state that the radiation levels they released were indeed much lower than reality.

However, the independent investigation into Fukushima radiation levels not only exposed the lies by TEPCO regarding the radiation explosion at the plant, but it also found that around 78% of the caesium-137 released by the plant was funneling into the Pacific Ocean. The plant now states that the three reactor meltdowns at the Fukushima Daiichi plant released about 900,000 terabecquerels of radioactive substances. About 20% fell on Japanese land, 2% somewhere on land outside the country, and a whopping 78% remainder is believed to have entered the Pacific Ocean.

At the very least, the Japanese and United States governments should be preparing citizens for what scientists said could last ‘thousands of years’: the Fukushima nightmare. And that begins with admitting that the threat is real. Because unless we really prepare ourselves and work together as a planet to truly fix the Fukushima plant and ensure that the 1,4000+ rods do not cause yet another massive meltdown (as experts say they likely will during transfer), we really will be facing a radioactive nightmare of epic proportions.