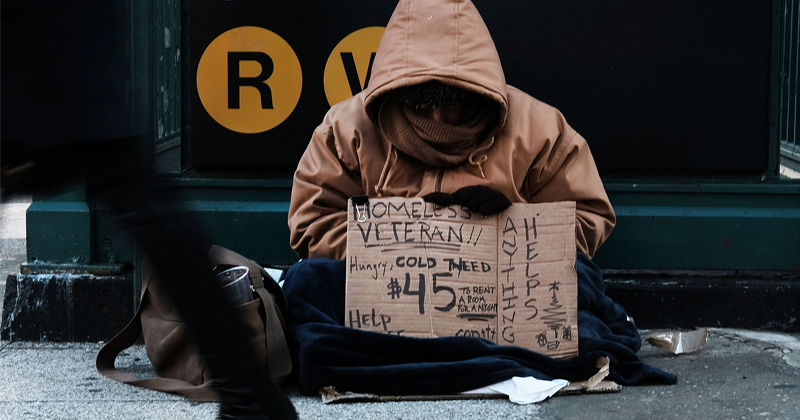 According to many commentators, outlays by government play an important role in the economic growth.

In particular, when an economy falls into a slower economic growth phase the increase in government outlays could provide the necessary boost to revive the economy so it is held.

So if for some reason people have become less confident about the future and have decided to reduce their spending this is going to weaken the flow of spending. Once an individual spends less, this worsens the situation of some other individual, who in turn also cuts his spending.

Following this logic, in order to prevent an emerging slowdown in the economy’s growth rate from getting out of hand, the government should step in and lift its outlays thereby filling the shortfall in the private sector spending.

The view that an increase in government outlays can contribute to economic growth gives the impression that the government has at its disposal a stock of real savings that employed in emergency.

Once a recessionary threat alleviated, the government may reduce its support by cutting the supply of real savings to the economy. All this implies that the government somehow can generate real wealth and employ it when it sees necessary.

Given that, the government is not a wealth generator, whenever it raises the pace of its outlays it has to lift the pace of the wealth diversion from the wealth-generating private sector.

Hence, the more the government plans to spend, the more wealth it is going to take from wealth generators. By diverting real wealth towards various non-productive activities, the increase in government outlays in fact undermines the process of wealth generation and weakens the economy’s growth over time.

This way of thinking follows the ideas of John Maynard Keynes. Briefly, Keynes held that one could not have complete trust in a market economy, which is inherently unstable. If left free the market economy could lead to self-destruction. Hence, there is the need for governments and central banks to manage the economy.

In the Keynesian framework of thinking an output that an economy could generate with a given pool of resources i.e. labor tools and machinery and a given technology without causing inflation, labeled as potential output. Hence the greater the pool of resources, all other things being equal, the more output can be generated.

If for whatever reasons the demand for the produced goods is not strong enough this leads to an economic slump. (Inadequate demand for goods leads to only a partial use of existent labor and capital goods).

In this framework of thinking then, it makes a lot of sense to boost government spending in order to strengthen demand and eliminate the economic slump.

The Importance of Real Savings

What is missing in this story is the subject matter of real savings. For instance, a baker out of the production of ten loaves of bread consumes two loaves, saves eight loaves, and exchanges them for a pair of shoes with a shoemaker. In this example, the baker funds the purchase of shoes through the saved eight loaves of bread.

Note that the bread maintains shoemaker’s life and wellbeing. Likewise, the shoemaker has funded the purchase of bread by means of shoes that maintains bakers’ wellbeing.

Now, the baker has decided to build another oven in order to increase the production of bread. In order to implement his plan the baker hires the services of the oven maker.

He pays the oven maker with some of the bread he is producing. Again, what we have here is a set-up where the building of the oven is funded by the production of final consumer good – bread. If for whatever reasons the flow of bread production is disrupted the baker would not be able to pay the oven maker. As a result, the making of the oven would have to be aborted.

Now, even if we were to accept the Keynesian framework that the potential output is above the actual output, it does not follow that the increase in government outlays will lead to an increase in the economy’s actual output.

It is not possible to lift overall production without the necessary support from final saved consumer goods or from the flow of real savings.

We have seen that by means of a final consumer good — the bread — the baker was able to fund the expansion of his production structure.

Similarly other producers must have final saved real consumer goods – real savings – to fund the purchase of goods and services they require. Note that the introduction of money does not alter the essence of what saving is. (Money is just a medium of exchange. It is only used to facilitate the flow of goods it however cannot replace the final consumer goods).

The government as such does not create any real wealth, so how can an increase in government outlays revive the economy?

Various individuals who employed by the government expect compensation for their work. The only way it can pay these individuals is by taxing others who are still generating real wealth. By doing this, the government weakens the wealth-generating process and undermines prospects for economic recovery.

The fiscal stimulus could “work” if the flow of real savings is large enough to support i.e. fund, government activities while still permitting a positive growth rate in the activities of the private sector. (Note that the overall increase in real economic activity is in this case erroneously attributed to the government’s loose fiscal policy).

If, however, the flow of real savings is not large enough then regardless of any increase in government outlays overall real economic activity cannot be revived.

In this case the more government spends i.e. the more it takes from wealth generators, the more it weakens prospects for a recovery.

Thus when government by means of taxes diverts bread to its own activities the baker will have less bread at his disposal. Consequently, the baker will not be able to secure the services of the oven maker. As a result, it will not be possible to boost the production of bread, all other things being equal.

Similarly, other wealth generators because of the increase in government outlays will have less real savings at their disposal. This in turn will hamper the production of their goods and services. This in turn will retard and not promote overall real economic growth.

As one can see the increase in government outlays leads to the weakening in the process of wealth generation in general. According to Ludwig von Mises,

The left and its Orwellian scourge of erasing American history crept into the Texas State Capitol.

A Brief History of the Gold Standard, with a Focus on the United States