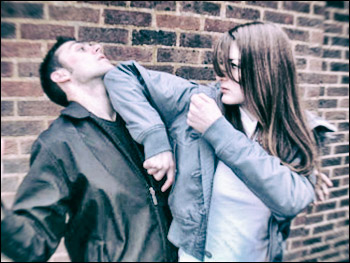 The Obama White House has posted a memorandum announcing the creation of yet another a government task force, this time to protect women from rape on college campuses.

It will, however, create a new layer of bureaucracy issuing directives colleges and universities will be mandated to follow “to ensure that institutions comply fully with their legal obligations to prevent and respond to rape and sexual assault.”

Instead of actually working to prevent sexual assault, the task force will endeavor to make recommendations to “bring institutions into compliance with the law.”

The memo dwells on what institutions and law enforcement will be required to do after a rape, including “complaint and grievance procedures” and “disciplinary sanctions.” It does not adequately address prevention and, we can only assume, the task force will not devise a realistic prevention strategy.

Community rape prevention programs supported by government usually depend on training males to intervene in rape situations. Indoctrination on feminist oriented subjects such as “rape myth acceptance” is apparently of more importance than actually preventing  rape. The programs include “empathy induction” components and pledges to intervene despite the obvious risk to the person intervening.

Unfortunately, these programs do little to reduce or eliminate rape. Prevention can only occur when women take responsibility for their own self defense. In order to be effective, self defense, regardless of gender, should necessarily include training in the safe use of firearms.

Rapists know the vast majority of women are not trained in self defense and do not have concealed carry licenses. Of course, in a society genuinely interested in self defense, a license to carry what is guaranteed under the Second Amendment would not be required. Self defense, by whatever effective means, should not require permission from government.

Obama’s White House and any number of federal agencies cannot prevent rape. Only women well-versed in self defense and the responsible use of firearms can do that.

Obama’s task force is ideologically motivated and designed to appeal to political constituencies. It is not a rational and realistic approach to ending sexual violence.

Although not a victim of rape, the woman in this video displays self defense techniques women should use when confronting a violent attacker.