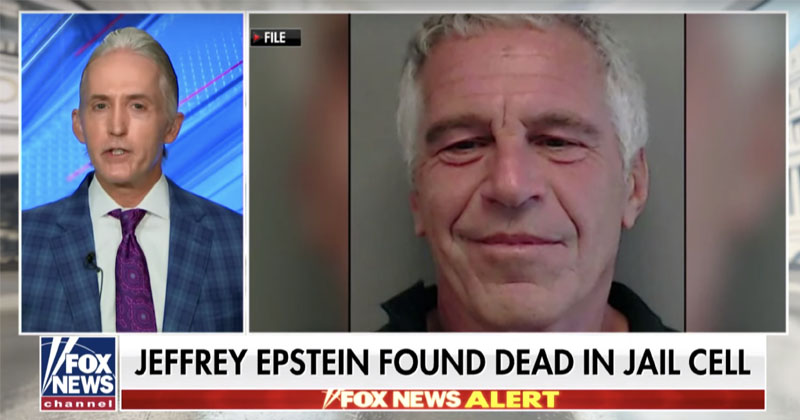 The federal case against billionaire pedophile Jeffrey Epstein may be over, but associates linked to his crimes “can still be charged,” according to prosecutor Trey Gowdy.

“The case against him is over, but to the extent there are others who aided and abetted or had knowledge of these crimes and had a duty to report and failed to do so, if there’s sufficient factual predicate, they can still be charged,” Gowdy said on Fox News Saturday.

“I’m heartbroken only for the victims who were denied an opportunity to see their attacker in a very different position in court.”

“He’s not in control, he’s not in power, he’s not calling the shots,” Gowdy continued. “He’s in court, in a jumpsuit, in handcuffs, and for a lot of victims, that final image provides closure to the extent that you can have it.”

Gowdy also believes that Epstein’s death probably won’t have that much impact going forward in other related cases.

“But he wasn’t going to testify against others, I don’t think,” he said. “I certainly would not give him a cut in time to go implicate people who may have been less culpable. That makes no sense in a criminal justice system.”

RELATED: JEFFREY EPSTEIN FOUND DEAD IN JAIL CELL DESPITE BEING ON 24/7 SUICIDE WATCH