Free market capitalism is based on the idea that “the invisible hand” of the market will create the best possible outcome for the most people.

But as I noted a couple of weeks ago, the man who came up with idea of the invisible hand did not believe in unrestrained free market capitalism:

Americans have traditionally believed that the “invisible hand of the market” means that capitalism will benefit us all without requiring any oversight. However, as the New York Times notes, the real Adam Smith did not believe in a magically benevolent market which operates for the benefit of all without any checks and balances:

Smith railed against monopolies and the political influence that accompanies economic power …
Smith worried about the encroachment of government on economic activity, but his concerns were directed at least as much toward parish councils, church wardens, big corporations, guilds and religious institutions as to the national government; these institutions were part and parcel of 18th-century government…

Smith was sometimes tolerant of government intervention, ”especially when the object is to reduce poverty.” Smith passionately argued, ”When the regulation, therefore, is in support of the workman, it is always just and equitable; but it is sometimes otherwise when in favour of the masters.” He saw a tacit conspiracy on the part of employers ”always and everywhere” to keep wages as low as possible.

Moreover, as I pointed out in September:

One of the leaders of the new science of financial modeling – Rama Cont – points out that Adam Smith was wrong about the “Invisible Hand”.

Specifically, investors in financial markets rationally pursuing individual profit can produce outcomes that are bad for almost everyone.

As an article in City Journal notes:

Simple forecasts can also be mistaken if they fail to account for the actions of market participants themselves: investor strategies can influence prices, which in turn influence future strategies in a feedback loop that can cause considerable instability. Cont recalls the severe stock-market crash of October 1987, which seemed to strike out of the blue, since nothing significant was happening in the real economy. Subsequent research, though, blamed the crash in part on a new investment strategy, “portfolio insurance,” which a large number of fund managers had simultaneously adopted. Based on the famous Black-Scholes options-pricing model, this strategy recommended that fund managers reduce their risks by automatically selling shares whenever their values fell. But the approach didn’t take into account what would happen if many investors followed it simultaneously: a massive sell-off that could send the market plummeting. The 1987 crash was thus not provoked by events in the real economy but by a supposedly smart risk-management strategy–and the current downturn, of course, also derives at least partly from a global craze for a seemingly foolproof financial innovation…

Investors in financial markets rationally pursuing individual profit, then, can produce outcomes that are globally negative. Doesn’t that contradict classical economic theory? “Both theory and empirical facts do tend to show that, on the financial markets, the Invisible Hand does not always lead to welfare-improving general outcomes,” Cont replies.

Does this mean that free market capitalism is dead?

But capitalism has to grow up and become less naive, relying less on a blind faith in “the invisible hand” and more on an understanding of human nature, including insights from the field of behavioral economics.

It must include sophisticated checks and balances to make sure that thesystem is not gamed, instead of childish ideas about the “inherent stability” of the market.

And it must make sure that the poker game doesn’t suddenly end when one of the players gets all of the chips.

Of course, with high-frequency trading dominating the market (and see this), frontrunning, permanent bailouts (and see this), government-sponsored credit rating scams and enterprises, the creation and maintenance by the government of banks so big that their very size warps the entire system, socialism for the big boys, and all of the other shenanigans going on, we don’t currently have free market capitalism. 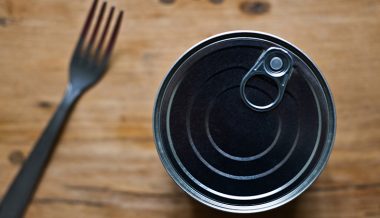