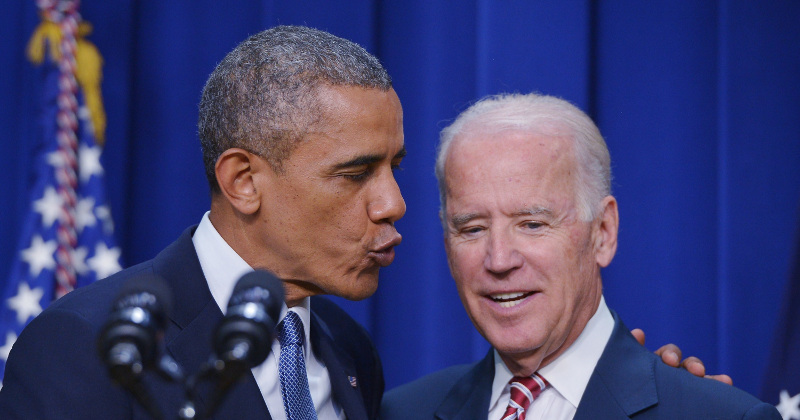 Several Congressional committees are now investigating “potentially improper action” by the Obama administration regarding its involvement with Ukraine energy firm Burisma Holdings, according to a letter by Sens. Chuck Grassley (R-Iowa) and Ron Johnson (R-Wis.).

The letter, dated November 15, 2019, requests documents from the Financial Crimes Enforcement Network of the Department of Treasury to ascertain how Burisma influenced foreign policy decisions within the Obama State Department.

“The Senate Finance Committee and Homeland Security and Governmental Affairs Committee are conducting an investigation into potentially improper actions by the Obama administration with respect to Burisma Holdings (Burisma) and Ukraine,” the letter states.

The letter goes on to point out that Joe Biden’s son Hunter received $50,000 a month serving on the board of Burisma while Biden was vice president, and that then-VP Biden threatened to withhold aid to Ukraine if a prosecutor didn’t back off investigating Burisma for wrongdoing.

But the letter raises the concern that Burisma may have influenced policy decisions regarding the energy company within the State Department through Hunter Biden.

The letter then asks for Suspicious Activity Reports (SARs) and other related documents regarding Hunter Biden, his associates and businesses, Burisma, and other entities or individuals tied to the energy firm.

The explosive letter follows a string of similar letters from Grassley, who chairs the Senate Finance Committee, and Johnson, who chairs the Homeland Security and Governmental Affairs Committee, requesting documents related to Hunter Biden and Burisma Holdings.

But this is the first letter acknowledging a wide-ranging investigation into the Obama administration and his State Department over their activities with Ukraine.

This also comes as the head of Burisma Holdings Nikolai Zlochevsky was arrested for money laundering and corruption last week.

Joe Biden has reason to panic. A retired CIA officer told the Washington Examiner, “From everything we know about the whistleblower and his work in the executive branch then, there is absolutely no doubt he would have been working with Biden when he was vice president.”