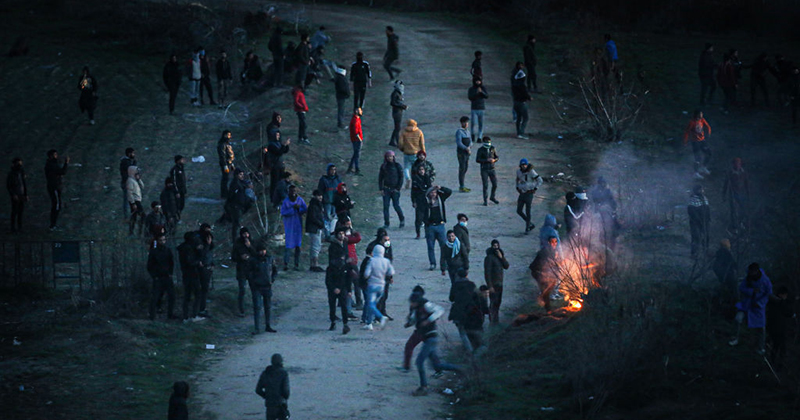 Greek police have launched tear gas at migrants as Turkish officers fired back at the border crossing where thousands are trying to get into Europe and vigilante groups are plotting to send them home.

More clashes erupted Saturday between Greek police and Europe-bound migrants gathered on the Turkey side of a border crossing near the Greek village of Kastanies.

Journalists saw groups of mostly young men trying to pull down a fence with ropes and throwing rocks at the Greek border forces. At least two migrants were injured.

A Greek government statement issued Saturday said that around 600 people, aided by Turkish army and military police, threw tear gas at the Greek side of the border overnight. There were several attempts to breach the border fence, and fires were lit in an attempt to damage the barrier, the statement said.

Major breaking news as the War Room is live today, the dreaded South By Southwest has been canceled due to Coronavirus. This is an ongoing trend of major events being canceled due to fears of Coronavirus outbreak. More are convinced this is another deep state and anti-Trump media hoax to blame on Trump and beat him politically. More examples of the disaster that currently is the Democrat party ahead of the 2020 election.