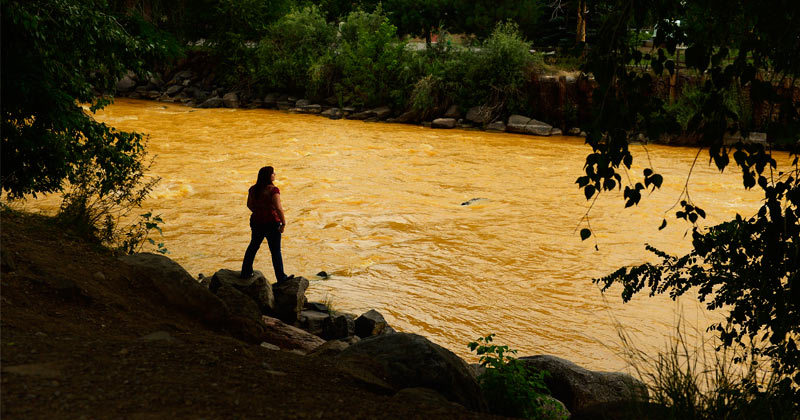 Proponents of a “Green New Deal” that advocates “massive government intervention” to stop “man-made climate change” are ignoring one significant fact: the government is by far the largest polluter in the world.

Yet the proposed “Green New Deal” relies on “government intervention” to work. According to Grabien:

Rep. Alexandria Ocasio-Cortez said she has no qualms about acknowledging a so-called “Green New Deal” will mean unprecedented governmental intrusion into the private sector. Appearing on NPR, she was asked if she’s prepared to tell Americans outright that her plans involve “massive government intervention.”

“As you know, congresswoman, one reason that people are politically conservative are skeptical of efforts to combat climate change is that it sounds to them like it requires massive government intervention, which they just don’t like,” Steve Inskeep asked. “Are you prepared to put on that table that, ‘Yes actually they’re right, what this requires is massive government intervention’?”

“It does, it does, yeah, I have no problem saying that,” Ocasio-Cortez quickly replied. “Why? Because we have tried their approach for 40 years. For 40 years we have tried to let the private sector take care of this. They said, ‘We got this, we can do this, the forces of the market are going to force us to innovate.’”

But remember the 2015 Animas River spill, in which an EPA-led contractor spilled three million gallons of toxic waste into a Colorado river from a gold mine that had been inactive since 1920?

The EPA even refused to pay claims totaling over $1.2 billion dollars for the spill by claiming “sovereign immunity” and only paid a portion of damages.

According to a 2017 article by CBS News:

State, federal and tribal officials have been harshly critical of the EPA for causing the spill and for its handling of the aftermath, including the costs. The Navajo Nation and the state of New Mexico have already sued the agency in federal court, and other lawsuits are likely after Friday’s announcement.

Last month, the EPA said it would pay $4.5 million to state, local and tribal governments to cover the cost of their emergency response to the spill, but the agency rejected $20.4 million in other requests for past and future expenses, again citing federal law.

Two members of Colorado’s congressional delegation criticized that decision, saying Congress passed a law in December that removed some of the legal obstacles the EPA cited in turning down the $20.4 million.

And remember all the nuclear testing during the Cold War which spewed radiation into the environment? Those were conducted by governments:

The damage was already done by the time politicians finally got smart and enacted test ban treaties.

A 2015 university study published by the American Journal of Political Science found that “government entities are less likely to comply with certain federal environmental regulations than are similar entities owned by private companies” and that “regulatory authorities are less vigorous in enforcing the rules when they are regulating other governments.”

“Publicly owned facilities are less likely to face fines or other sanctions for violations than are those owned and run by private firms,” the study’s press release stated.

In short, the government is the worse polluter – and faces little to no oversight and punishment.

Trump poses this question to Democrats and Republicans during his 2019 State of the Union address.