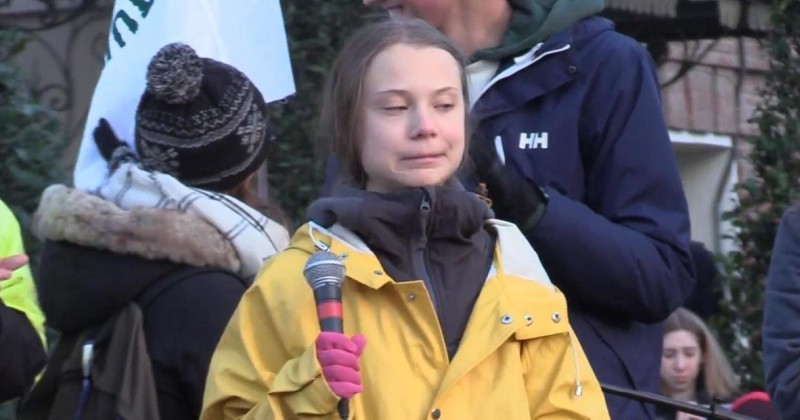 Greta Thunberg threatened to put world leaders “against the wall” if they refuse to comply with climate change demands.

During a speech in Turin, Italy, the teenage climate change activist stated, “Unfortunately, we probably already know the outcome. World leaders are still trying to run away from their responsibilities but we have to make sure they cannot do that.”

“We will make sure that we put them against the wall and they will have to do their job to protect our futures,” she added.

Greta Thunberg threatens to throw world leaders against the wall unless they do what she wants! pic.twitter.com/nqWKrNBKil

The term to put someone “against the wall” has been used by Communists and other authoritarians throughout history to denote assassinating political enemies.

If anyone prominent on the right had used such rhetoric, there’d be a huge outcry with immediate demands for censorship.

Greta, who this week was named Time Magazine’s Person of the Year, has been elevated into something of a cult leader over the past year thanks to the media’s relentless fawning over her.

As we previously highlighted, Thunberg is being taught to Swedish children as part of a course about “religious knowledge,” with kids being asked to mock her opponents.

Churches in Sweden are now ringing bells in her honor, while last year the Church of Sweden proclaimed Greta to be “Jesus’s Successor.”

Greta also appeared on a giant looming mural in San Francisco appearing precisely as you would expect a cult leader to look.