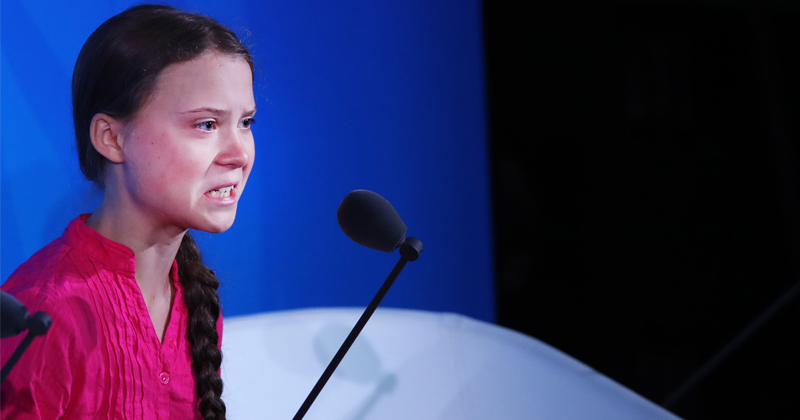 Earlier today, a private person posted pictures of their concern report about Greta Thunberg for child abuse by the parents. The report was allegedly sent to the Kungsholmen’s district administration in Stockholm and is being taken very seriously.

“We have an obligation to assess within 24 hours,”the childcare unit told Swedish local News agency samnytt.se, who added : “When large parts of the adult world and established media participate in the mass psychosis around Greta Thunberg – who obviously doesn’t feel so good – it’s like having to pinch one’s arm. Is this true? What are you doing? This is not healthy.”

Swedish Party Chairman for Social conservatives and lifestyle liberals, who is also a lawyer  wrote on Twitter:

Since Greta Thunberg began her career as an opinion maker and climate guru just over a year ago, many debaters have expressed concern that the girl may have been exploited by her mother and the public relations consultant behind the campaign said samnytt.se:

Despite what the MSM reported President Trump did the right thing in ignoring poor Greta yesterday who needs help as soon as possible.

Quote of the Week: Greta Thunberg Claims to be Able to “See” Carbon Dioxide in the Air
Anthony Watts

At first, I thought this had to be a joke. Then I thought it must be some sort of misinterpretation. Sadly, no.

From the website Afrinik, quoting the book –Scener ur hjärtat by Malena Ernman, Svante Thunberg

“According to her mother Malena Ernman (48), 16-year-old Swedish climate activist Greta Thunberg can see CO2 with the naked eye. She writes that in the book ‘Scenes from the heart. Our life for the climate’, which she wrote with her family.”

“Greta was diagnosed as a child with obsessive-compulsive disorder and Asperger’s syndrome, just like her younger sister Beata. The activist also has a photographic memory. She knows all the capitals by heart and can list all the chemical elements of the periodic table within one minute. In addition, she has another gift according to her mother.”

“‘Greta is able to see what other people cannot see,’ writes Malena Ernman in the book.”

“’She can see carbon dioxide with the naked eye. She sees how it flows out of chimneys and changes the atmosphere in a landfill.’”

Of course, with a ~ 410 parts per million concentration of CO2 in the atmosphere, we know that is a physical impossibility. Carbon Dioxide is a colorless and odorless gas:

It also does not reflect or absorb any light within the light spectrum that humans can see. Even if Greta had some special ability to see into the near infrared, the absorption spectrum of CO2 is far removed from the human range of color sensitivity.

But, this claim underscores how bizarre her activism has become, and people seem to want to look the other way instead of questioning her abilities and cognitive understanding of the information she professes to know.