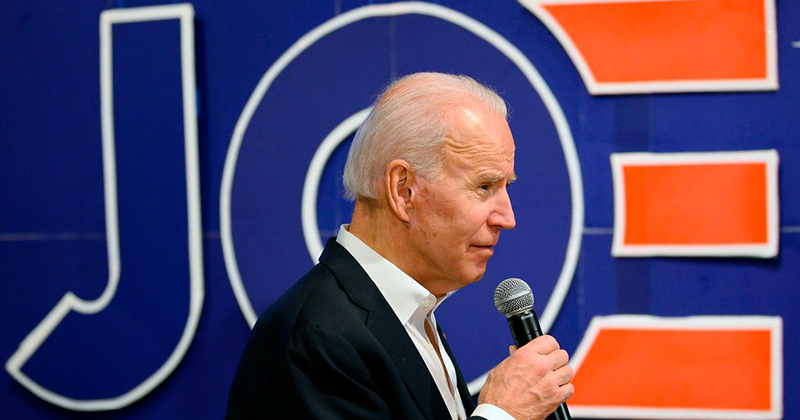 According to the most recente survey by Harvard CAPS/Harris Poll, presumptive Democratic nominee Joe Biden is currently leading over President Donald Trump in the run-up to the November election. However, there are still more than four months ahead of the national vote.

A number of Republicans who previously served as US national security officials under Presidents Ronald Reagan, George H.W. Bush, and George W. Bush are currently forming a coalition to publicly back Joe Biden in the upcoming election, anonymous sources familiar with the matter told Reuters.

The group will reportedly include “at least two dozen officials” who will publicly oppose Donald Trump’s re-election bid, suggesting that it would “endanger” US national security.

According to the report, the initiative is co-authored by two former staffers in the George W. Bush administration: John Bellinger III, former legal adviser to the National Security Council and State Department, and Ken Wainstein, the 43rd president’s homeland security adviser.

I’ve been saying it for 100 days. Now RealClearPolitics agrees. Is Trump administration about to do something about Fauci & CDC?

Robert Blackwill, who served as US Ambassador to India from 2001 to 2003 and US National Security Council Deputy for Iraq from 2003 to 2004, is also reportedly expected to join the group. All three former officials have previously publicly opposed Donald Trump’s candidacy. Some other officials, not previously involved in national security matters, may also take part in the initiative, sources say.

The group’s public endorsement of Biden is expected to be announced in the upcoming weeks, possibly after the Democratic National Convention in August, when the former US vice president will be formally endorsed as the Democratic Party’s presidential candidate.

There is yet another prominent group publicly voicing its opposition to Trump’s re-election, the Lincoln Project, a “political action committee” co-founded by George T. Conway III, the husband of Kellyanne Conway, who is Trump’s presidential counselor.

According to Donald Trump, his approval rating in the Republican Party is currently 96%. The US president, however, has drawn sharp criticism from some Republican figures in recent weeks over his handling of the ongoing protests in the United States following the death of George Floyd and the coronavirus pandemic, with the former secretary of state under George W. Bush, Colin Powell, publicly announcing his support for Joe Biden in the November election.

Trump is now facing a challenge from Joe Biden in the upcoming vote, as the presumptive Democratic nominee is said to be leading over him in national polls by 12 points, a six-point jump from last month. This comes as more than 60% of Americans surveyed in a Harvard CAPS/Harris Poll said that Joe Biden would be a better candidate for solving issues related to race and policing.