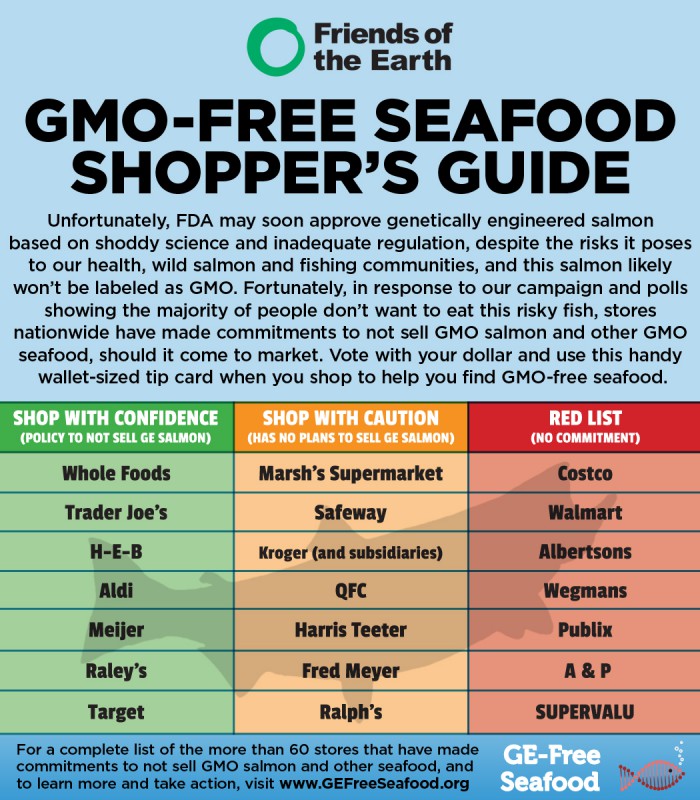 The Food and Drug Administration (FDA) is facing a lawsuit filed by nearly a dozen fishing and environmental groups that are trying to block the agency’s recent approval of genetically modified salmon.

The lawsuit, filed in U.S. District Court for the Northern District of California, seeks to block the FDA’s jurisdiction over a range of new genetically engineered animals under development, including the fast-growing AquAdvantage salmon and hornless dairy cows. The groups accuse the agency in the lawsuit of overstepping its authority in approving the fish, developed by AquaBounty Technologies, Inc. [1]

The groups say the FDA’s regulation of such technology under the Federal Food, Drug and Cosmetic Act goes beyond the law’s scope. The agency approved the salmon under provisions covering animal drugs. The 64-page lawsuit argues the agency failed to protect the environment and consult wildlife agencies in its review process, which federal law requires.

George Kimbrell, senior attorney for the Center for Food Safety, which filed the lawsuit along with Friends of the Earth, the Center for Biological Diversity, and other groups, said:

The lawsuit also alleges the FDA violated the law and ignored potential risks to wild salmon populations, the environment, and fishing communities.

“That’s one of the major risks here, is the escape of these fish into the wild. It could be a final blow to our already imperiled salmon stocks.”

The FDA approved AquAdvantage salmon in November 2015. The agency said at the time that it had determined:

The “perks” of genetically modified salmon include speedy growth; the AquAdvantage fish grow twice as fast as wild salmon and use 25% less feed than any Atlantic salmon currently on the market.

AquaBounty claims the AquAdvantage salmon pose no risk to wild salmon because the biotech version are raised on land and away from the ocean. However, critics and environmental groups worry that if the GM salmon were released into the ocean, they could outcompete endangered wild salmon for food and introduce new diseases. We already know that GMO contamination happens and can’t be stopped.

Dune Lankard, a salmon fisherman and the Center for Biological Diversity’s Alaska representative, said in a news release:

“Once they escape, you can’t put these transgenic fish back in the bag. “They’re manufactured to outgrow wild salmon, and if they cross-breed, it could have irreversible impacts on the natural world. This kind of dangerous tinkering could easily morph into a disaster for wild salmon that will be impossible to undo.”

AquaBounty Chief Executive Ron Stotish said the company is confident the FDA’s approval will stand. He said the agency was “extraordinarily thorough and transparent in the review and approval of our application.”

But, ultimately, opponents worry the FDA’s approval of AquAdvantage salmon will set a precedent that allows for the approval of even more genetically modified animals. Retailers’ rejection of the salmon may set a precedent of its own, however, as Kroger and Target have both said they will not stock it when it reaches the market. [2]