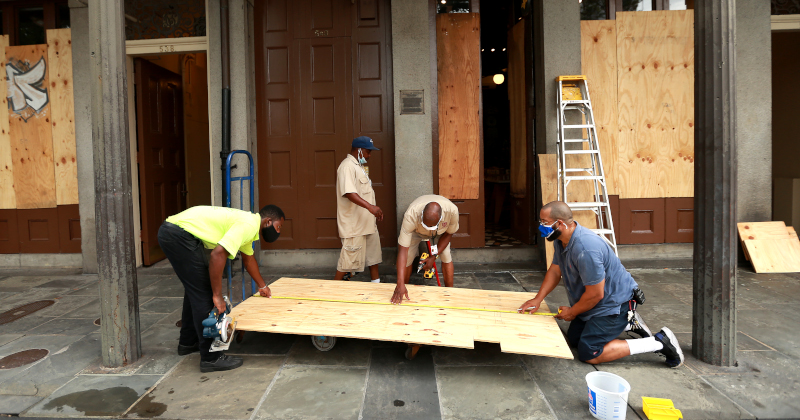 The US Gulf Coast was bracing itself on Monday for back-to-back hurricanes expected to bring fierce winds and heavy rainfall to the area.

Hurricane Marco, which was upgraded from a tropical storm to a Category 1 hurricane on Sunday, is forecast to hit Louisiana and parts of Mississippi on Monday morning with maximum sustained wind speeds of 120 kilometers per hour (75 miles per hour).

Tropical Storm Laura, meanwhile, is expected to become a Category 2 hurricane before it makes landfall in the US later in the week.

Laura has already caused death and destruction in the Dominican Republic and Haiti, killing at least eight people while leaving behind a trail of devastation.

It appeared the storms would avoid being simultaneous hurricanes, something that researchers say has never happened in the Gulf of Mexico at least since records began in 1900.

The National Hurricane Center warned of life-threatening storm surges and hurricane-force winds along the US Gulf Coast.

The threat of ferocious rain and winds has already forced mandatory evacuations for parts of the Louisiana coast, with residents in New Orleans told to take cover for the next few days.

“You have until nightfall this evening to finish your preparations for Hurricane Marco and Tropical Storm Laura,” Louisiana Governor John Bel Edwards tweeted. “Wherever you are when it gets dark tonight is where you should plan to ride out these storms for at least 72 hours.”

Haitian civil protection officials said they had received reports that a 10-year-old girl was killed when a tree fell on a home in the southern coastal town of Anse-a-Pitres.

Haiti’s prime minister said at least four other people had died during the storm, while in the Dominican Republic relatives told reporters that a mother and her young son had perished after a wall collapsed on them.

Hundreds of thousands were without power in the Dominican Republic as, along with Haiti, it experienced heavy flooding.

Watch Alex Jones lead the charge to overtake a closed park in Texas.