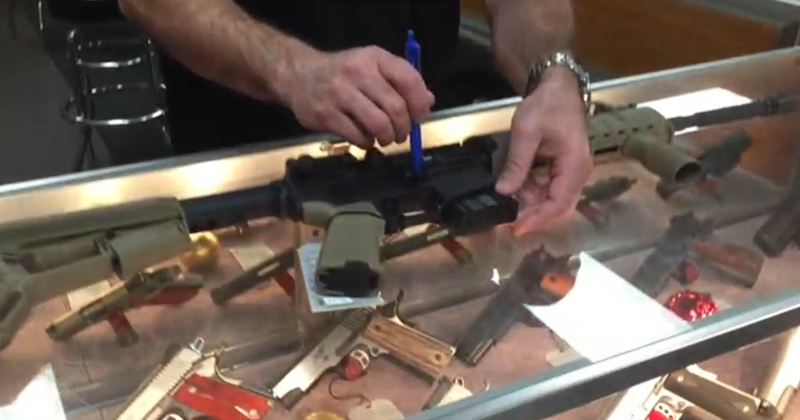 Standard AR-15 rifles will no longer be allowed to be sold or bought under new California laws set to go into effect January 1, 2017, the owner of a gun range explained in a recent interview.

Describing how California’s SB-880 will re-define “assault weapons,” Jacob Belemjian of The Firing Line shooting range in Clovis points out exactly what parts of the rifle will make the gun illegal at the start of the new year, and what can be modified on the gun to make it legal.

Despite the AR-15 he uses as an example requiring a special tool in order to detach the magazine, Belemjian says the feature, which in the past allowed the gun to bypass detachable gun magazine restrictions, means the gun would be in violation of the new laws.

Under the new law, a “fixed magazine” is now defined as “an ammunition feeding device contained in, or permanently attached to, a firearm in such a manner that the device cannot be removed without disassembly of the firearm action.”

Belemjian also described other features on his example centerfire, semi-automatic rifle that would make it illegal, such as the aforementioned detachable magazine and any of the following features: a collapsible, or adjustable, or foldable stock; a pistol grip that protrudes below the trigger guard; a forward pistol grip; and a flash hider.

But, “if I remove the flash hider, remove the forward pistol grip, put a fixed stock on it and change out this [pistol] grip, guess what? It’s not an ‘assault weapon’ anymore; now it does not meet the definition.”

CBS Fresno reports that Wednesday will be the last day Californians can legally buy the gun in its current form:

“The Department of Justice says buyers must actually take possession of their rifle before January 1st. It has to be purchased in time to allow for the 10-day waiting period before the buyer can pick up their new rifle. if someone purchases a soon-to-be-banned rifle by the Dec. 21 deadline, but fails to pick it up in time on Dec. 31, they will not get their rifle. Legally gun dealers may not deliver one, even if it’s been paid for.”