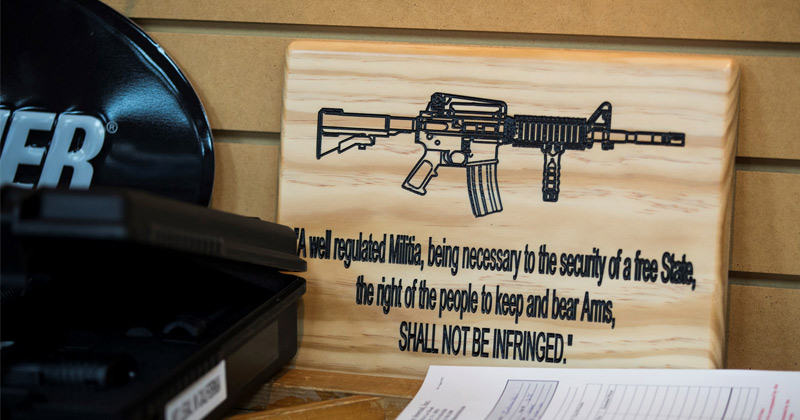 August gun sales were up 15% thanks to Democrats’ totalitarian demands for mandatory buybacks. Those who bought guns were Americans seeking self-protection and with deep concerns that President Donald Trump is on board with gun control.

According to the Washington Examiner, the overall number of background checks recorded in the National Instant Criminal Background Check System surged 15.5%. Those numbers were courtesy of the National Shooting Sports Foundation (NSSF). That figure includes background checks done for security, concealed carry permits, and gun sales and was the highest August number ever recorded.

Adjusted for sales, the NSSF industry group said that August FBI background checks for sales surged 15.2% over August 2018. The adjusted August number was second only to August 2016 during the heated presidential election. It’s become evident that gun control authoritarians are the best gun salespeople on the planet.

Trump’s rhetoric on guns and his apparent desire to curb the gun rights of innocent people is likely also playing a role in the increase in gun sales. The new surge came in the wake of heightened pressure for gun control, sales bans on “military-style rifles,” limits on ammo, and a slew of democrats saying they will take guns at the end of a gun, but force.

Justin Anderson, the marketing director for Hyatt Guns in Charlotte, North Carolina, one of the nation’s largest sellers, said fears of a liberal gun grab and a drive for self-protection are pushing sales higher.

“As we’ve seen in the past, the recent publicizing of mass shootings has fueled people’s concerns about their personal safety. We are seeing many first-time gun buyers, and our concealed carry classes are booking up quickly,” said Anderson.

“Political figures talking about gun bans and confiscation is also starting to figure into sales. We’ve seen a slight uptick in the sale of tactical rifles as a result,” he added. –Washington Examiner

Democrats continue to prove themselves to be the best people to drive up gun sales. They are literally making their goal of an enslaved populace harder by spewing propaganda seconds after a mass shooting. It looks like innocent people don’t like being told they aren’t allowed to protect themselves and considering the second amendment was written to protect Americans from tyrants, it makes sense that democrats want it gone, while free people stock up.