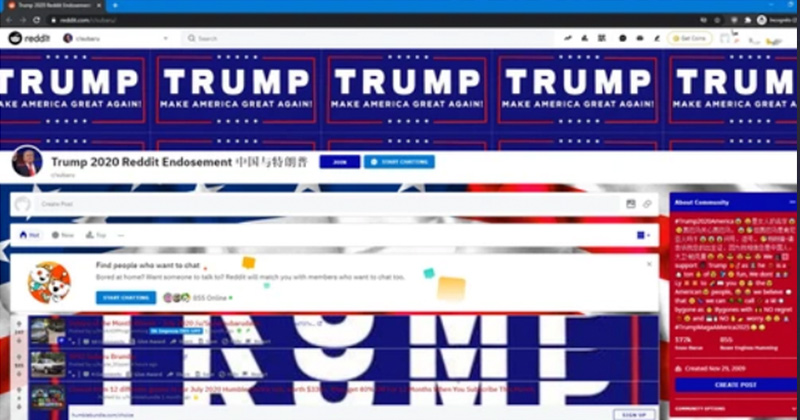 Hackers took control of over a dozen popular subreddits on Reddit.com and flooded the pages with pro-Trump content on Friday.

According to Business Insider, “a Reddit spokesperson sad in an email that ‘an investigation is underway related to a series of vandalized communities. It appears the source of the attacks were compromised moderator accounts. We are working to lock down those accounts and restore impacted communities.’

The hack comes three weeks after a teenage hacker allegedly gained entry to the Twitter accounts of some of the most powerful people in the world and tried to scam people into sending him Bitcoin.

Some of the subreddits that got hacked have millions of followers, like r/space and r/food, which account for over 36 million followers alone.

An image posted to some of the subreddits shows an American flag with Chinese writing all over it. 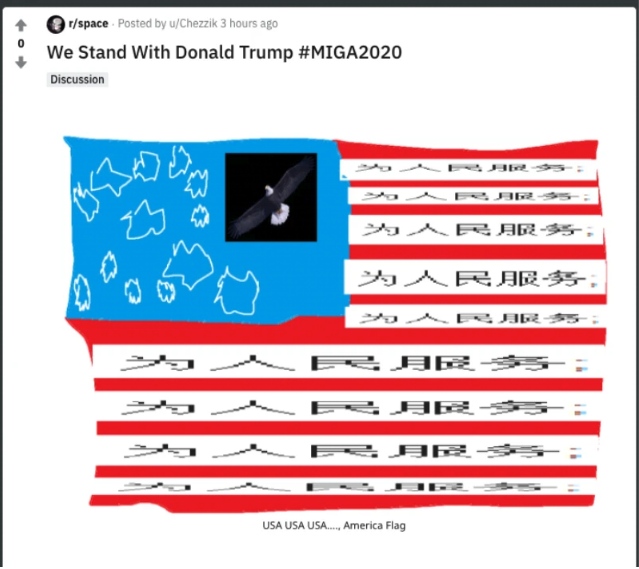 The image and the message written in Chinese caused some internet users to become suspicious of the hack.

Pool thinks the timing of the hack is curious because it comes just one day after President Trump signed two executive orders banning the Chinese-owned apps TikTok and WeChat.

Interestingly, one of the executive orders mentions the Chinese company Tencent, which invested $150 million in Reddit in 2019.